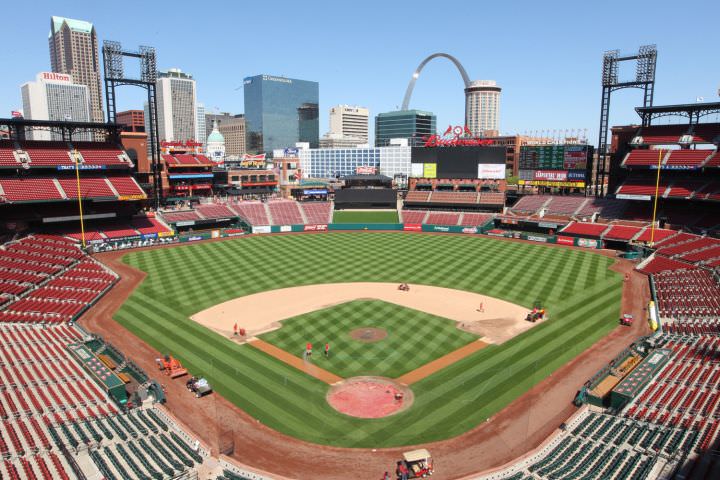 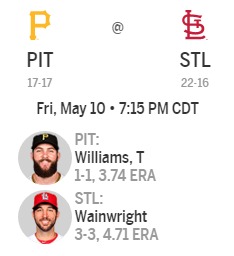 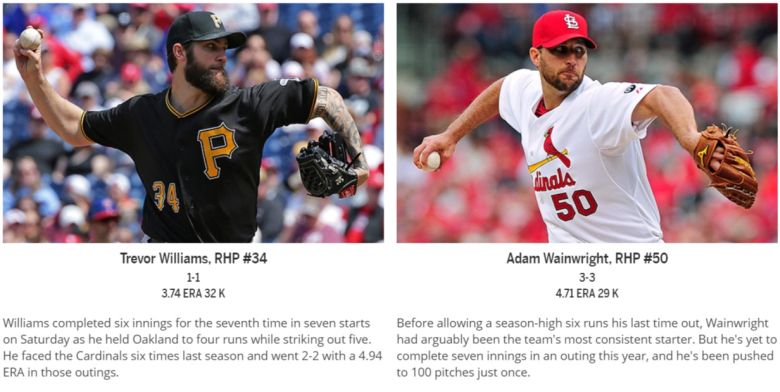 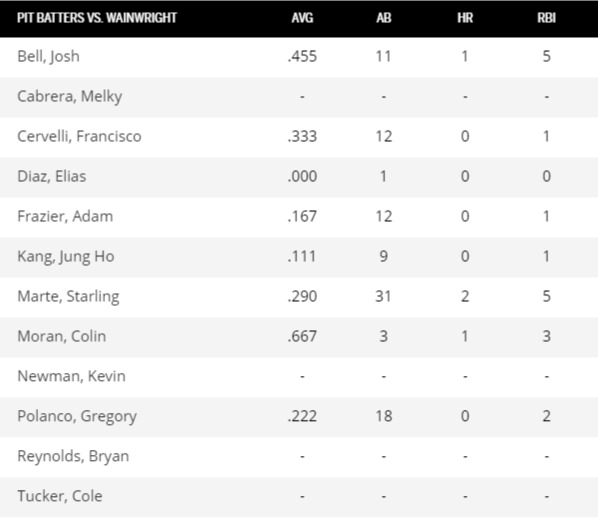 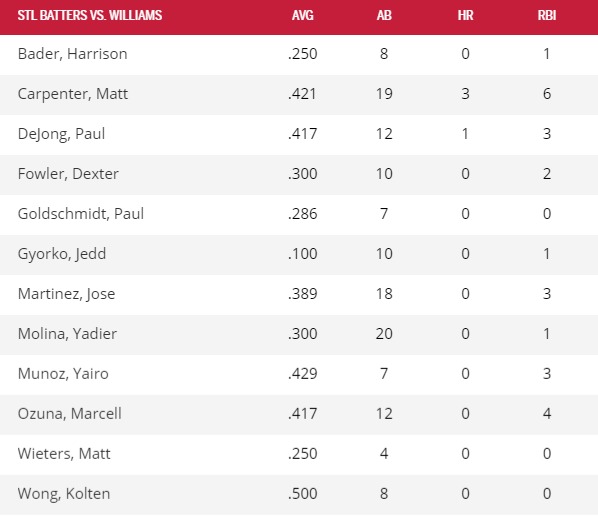 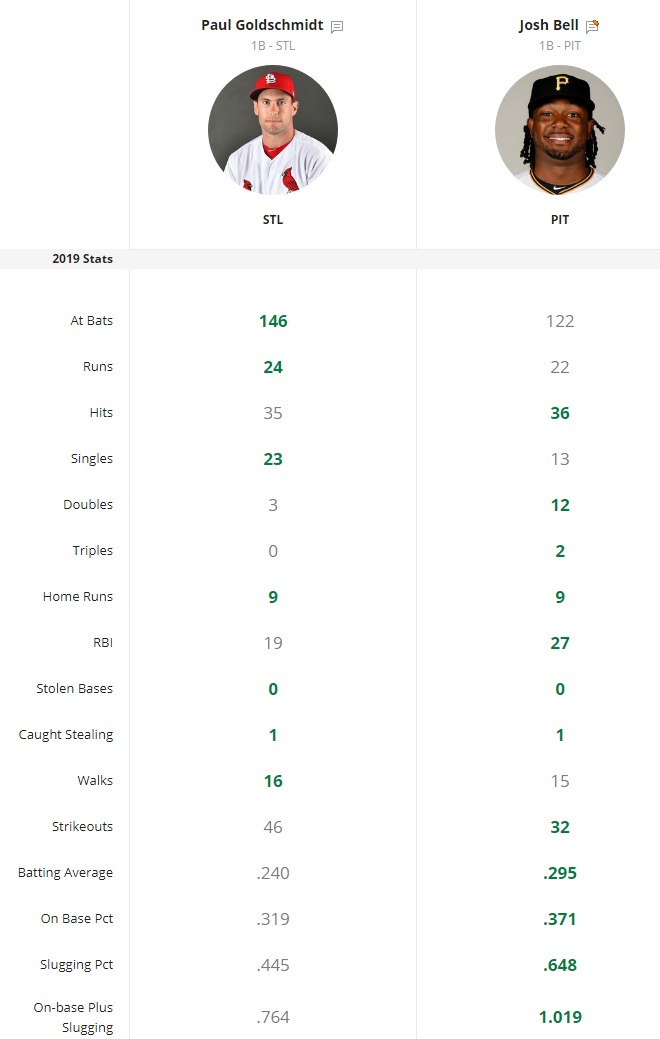 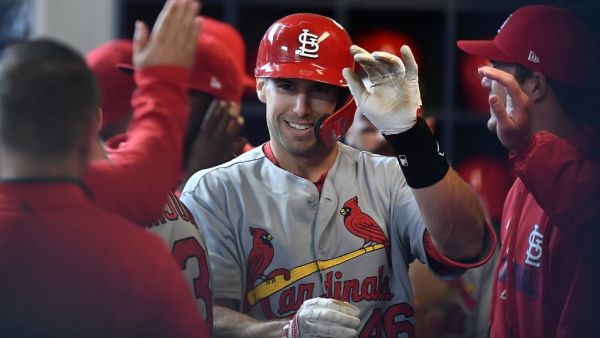 Among the truths Paul Goldschmidt can lean on as he works to escape his first extended slump as a Cardinal is that he’s emerged from such a skid before.

In fact, the numbers right now aren’t all that different than they were at this time in 2018, when Goldschmidt was slashing .218/.346/.398 through 37 games. He had piled up 48 strikeouts and was stuck on 14 extra-base hits. What we all know now is that Goldschmidt went on to rebound and earn a top-six finish in the National League MVP race at the end of the year.

Hindsight can be kind like that. It can also serve Goldschmidt well now as he’s trying to regain some offensive traction. Perhaps his contributions in Thursday’s 17-4 thumping of the Pirates will prove to be the jumping off point he needs.

Though Goldschmidt still hasn’t homered since April 22, he ended a run of 60 consecutive plate appearances without an RBI with a second-inning single on Thursday. Later in the night, he snapped a 13-game drought without an extra-base hit when he drove in another run with a ground-rule double.

Goldschmidt’s lack of production leading into this series had been especially magnified since the Cardinals had struggled to generate offense while dropping six of seven games.

“It stinks to go out there and not perform, especially when the team is losing,” Goldschmidt said before the team’s breakout offensive night. “I feel like I’ve had opportunities to drive guys in or get on base for the guys behind me, and I feel like I haven’t done a good enough job of that. That’s on me.

“You always go through times throughout the year where you’re not going to play well. Try to keep going. Try to have good at-bats. There’s not a magic switch that you flip. It’s just part of the game.” 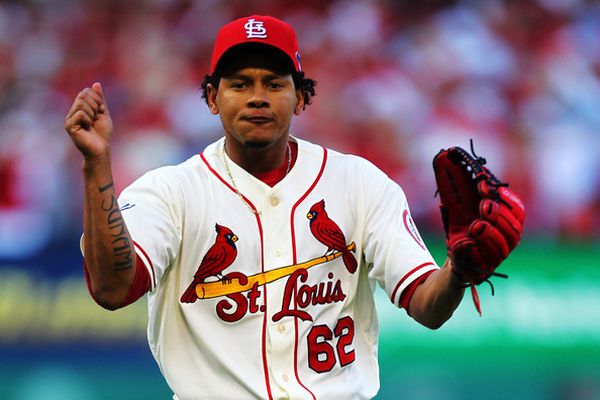 Rehabbing right-hander Carlos Martinez worked around two walks and an error to pitch a scoreless inning in his first relief appearance for Triple-A Memphis on Wednesday. Martinez threw 23 pitches, 12 for strikes, in the outing.

He’ll remain with Memphis, Shildt confirmed, to pitch again on Friday. The Cardinals anticipate that Martinez will be ready to join their bullpen sometime during the team’s next homestand.

In a team bonding event organized by Dexter Fowler, several Cardinals and their spouses spent Wednesday evening singing karaoke at a nearby establishment. Among those who attended were Yadier Molina, Adam Wainwright, Kolten Wong, Luke Gregerson, Marcell Ozuna and Dominic Leone.

I'm sorry for what is about to happen, but happen it must.
Top

We've seen a movie like this before; score a weeks worth of runs in 1 game, struggle for a week. Hopefully we stay consistent in working the count. Wacha wasn't good, but we picked him up. Waino needs runs, too.
Top

MinorLeagueGuy wrote:We've seen a movie like this before; score a weeks worth of runs in 1 game, struggle for a week.