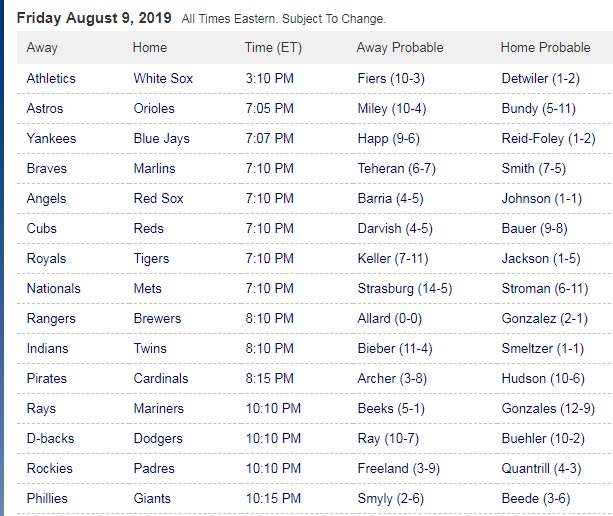 The Cubs Are Slowly Pulling Away
by Dan Szymborski
August 9, 2019


What ought to have made making significant upgrades more important for the Cardinals and Brewers is that hidden in the projections were signs that the Cubs were more dangerous at the end of July than they had been earlier in the season. Dial back to May 15 and the ZiPS projections only saw the Cubs roster as that of a .531 team, with the Brewers at .525 and the Cardinals at .519. That’s just under a two-game spread from top to bottom over the course of a 162-game season.

By July 31, that state of affairs was no longer. On the eve of the trade deadline, ZiPS had the Cubs as a .549 team. With the Cardinals continuing to get under-performance across the board from their older players, their rest-of-season winning percentage had dropped to .510. As for the Brewers, ZiPS had long been their most optimistic supporter among the various projection systems but the various injuries on the pitching staff effectively neutralized the reasons ZiPS liked them, leaving their rest-of-season projection at .502.