The starting pitcher has done his job. He has given his team six quality innings with just a few runs allowed, and he leaves with his team in the lead. The manager now turns to the bullpen. A supporting cast of relievers filling defined and specialized roles will, he hopes, take the team to the ninth inning when the closer will be called upon to complete the victory.

That supporting cast may include set-up men in the seventh and eighth innings, a left-handed specialist to face the opposing team’s dangerous left-handed hitter in one of those innings, and still other mid-inning changes to seek successful matchups as circumstances require. Incidentally, the game slows to a crawl as this unfolds. But the belief–now more an unchallenged conviction–is this is the best and only way to protect a lead from the point the starter departs to when the closer gets the final out.

This strategy is what we may call the LaRussa Orthodoxy, named after Tony La Russa, the Hall of Fame manager. La Russa was one of the winningest managers in baseball history, guiding the Chicago White Sox, Oakland Athletics, and St. Louis Cardinals to numerous first-place finishes, playoff wins, and World Series titles. As his profile on Baseball-Reference.com explains, “LaRussa was a pioneer in the modern usage of relief pitchers, moving from the old ‘fireman’ model where one top relief ace would be used in all tight situations, sometimes for multiple innings” to the system described above.

This series was prompted by those questions and doubts. In Part 1 today, we’ll look at the evolution of relief pitching and see what might be learned from other historical approaches. An article like this would not be complete without recurring to the godfather of baseball analysis, Bill James. Over 20 years ago, as the La Russa Orthodoxy had taken hold, he wrote a typically trenchant piece on the modern bullpen in his guide to baseball managers. There, he noted “the standard use of relief pitchers has never arrived at a static equilibrium.”

There have been several periods when relief strategy was locked into an approach governed by conventional assumptions. Then a successful innovation would expose the limitations of those assumptions, and baseball’s resistance to change would be overcome. A new approach would take hold with its own unchallengeable assumptions.

The La Russa Orthodoxy, I submit, falls into this pattern. It is just another and fairly recent phase that itself had to overcome resistance to settled practices. There is no reason to suppose it cannot be supplanted just as other notions of relief strategy have. As James said, “[t]he plates will move again.”

In Part 2 next week, we will dig deeper into performance under the La Russa Orthodoxy and ask whether it really represents the last and best approach to relief strategy. We will take a stab at trying to answer that question by examining some data and trends both before and during the La Russa Orthodoxy. And we’ll look at the current state of relief pitching and find severe cracks in it. We will close with some ideas about what the next potential evolutionary step in relief strategy might be.

Perhaps of interest to folks.

by vinsanity
But is limiting innings on your best reliever part of the LaRussa Orthodoxy?

It sounds like they are challenging the idea of setup and closer exclusive roles which seems interesting but I'd be surprised if analysis didn't suggest something very similar.

by stlouie_lipp
Sure to be an interesting read, but it's hard to argue with his results.

by sighyoung
It's interesting to compare the LaRussan Orthodox and the Geek Orthodox. 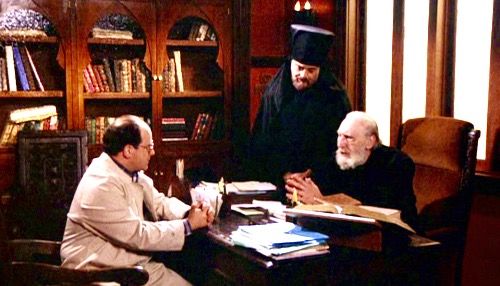 by Mary1966
Going from having one reliever pitch 3 innings to having 3-4 relievers pitch over 3 innings has increased the complexity of bullpen management, and some managers are good at it and some are not. The fact that some pitchers run into trouble going through the order twice might lead to even more specialization, like what Tampa is doing with the opener.


In Part 1 of this series, we looked at the evolution of relief pitching strategy and found four different phases, with what I called the LaRussa Orthodoxy–multiple relievers, matchup focused, closer-driven– the latest iteration. We asked whether bullpen performance really justifies reliance on this strategy and whether it too, like other previous relief strategies, is ready to be superseded. In Part 2, we will try to answer these questions.