Paul DeJong has been an incredible find for the Cardinals over the last three seasons. He's generated 10.5 fWAR over the last 3 seasons, turning him into one of the more value-added players on the team. His ultra-team friendly contract makes whatever he does above league average a bonus, and the fact that he's got arguable above average defense to go with more-than-you'd-expect offensive pop makes DeJong a player with a lot of potential.

I find it amusing that he's already exceeded his prospect potential, is one of the more productive players on the team, and is on such a great team deal that it's very easy for him to supply surplus value. And yet, it feels like DeJong hasn't been able to put it together for one season and show his full potential.

The Tale of Two DeJongs:
Dejong started the 2019 season ridiculously hot and paced with the league leaders in value. On May 1st he was pacing for a 12 win season and had articles discussing him in the MVP conversation.
During the first half of the season (through June 17th more specifically, which is where I decide to cherry pick this stat) DeJohn had this slash line:

He was even better earlier in the season and I could have cherry picked a nicer number, but June is halfway-ish, and June 17 was the tail end of a hot streak that DeJong had at the plate before his number started to plummet.

Speaking of which, here's his slash line after that date:

Oof. So much for MVP. He basically had a ridiculously hot April. A sub-par May, a 10 game hot streak in June, then basically turned into Cesar Izturis for the rest of the season.

So what happened? I'm far from a coach, and there were probably a hundred articles written about it last season that I didn't read. Maybe it's well established, but a few things stick out to me:
1.) He just wasn't very lucky.
In May his BABIP was an unsustainably high .389. After June 17th it was an unsustainably low .210. DeJong never had a season under .300 BABIP in the minors, and his BABIP his first two major league seasons were .349 and .288. As the majors adjusted to his batting approach you would expect that to fall some, but not down to .210.

Especially considering he was still hitting for power. His ISO after June 17th was a respectable .200 and his 9.3% extra base rate isn't a huge drop from the 11.7% rate he had prior to my arbitrarily chosen June 17th date.

His GB/FB ratio was similar, his HR% from fly balls was only 1% different. His percent of hard hit balls actually increased and the percent of balls he pulled went down. So there was definitely some bad luck involved.

2.) His Discipline did get worse though.
Dejong's swings outside the strike zone went from 26 to 34%, the number of pitches he swung at went from 46 to 50%, and his contact on pitches outside the zone went from 63% to 58%. Doesn't seem like much, but over 300 ABs 5% here and 5% there is the difference between being an All Star and struggling to make the majors.

3.) Pitchers adjusted.
In the first stretch, pitchers challenged him with fastballs 55% of the time. That dropped to just 50% in the second half. Again 5% doesn't seem like a lot, but that equates to 70 more non-fastballs over the second stretch of the season that he faced that would have been fastballs in the first half of the season.

So his hot streak wore off, he started pressing to keep his power numbers up, pitchers saw that and started throwing more off-speed stuff. Those are the 3 things that happened, though you can debate which order they happened in.

So does DeJong have the potential to put it all together? Maybe.

He's likely always going to be a streaky hitter. But a few things point in the direction of him continuing to improve: So his plate discipline is improving both in his ability to draw a walk and avoid strikeouts, and his ability to hit for power has slightly improved even in the face of a really poor BABIP last season.

So if he gets a bit more luck in 2020 and continues to slightly improve in the above areas, he has a great chance of breaking out in 2020 by hitting better overall and minimizing his cold streaks through improved plate discipline.

I know saying "if he gets better at everything he's going to hit better" seems kind of obvious, but the fact that he has stats showing that he's trending in the right direction in those areas is a positive. And the fact that he's been able to keep those numbers trending in a positive direction during a season that had some of the worst batting luck you can get over 3 months is a reason for optimism.
I personally think 2020 will be DeJong's best season yet and that he's going to continue improving his value. A 5+ win season isn't outside the realm of possibility at all.
Tags:
WhatToWatch2020
Top
Online

What a bum
Top

Solid analysis, dude. The most impressive thing about DeJong, to me, is that his defensive WAR component has increased significantly in each of his 3 MLB seasons (5.7, 12.3, 18.5). That kind of defensive production at the SS position provides a pretty stable floor for his overall value to the team.

Take a gold glove-caliber defensive shortstop, throw in 30 HR, throw in a 9-10% walk rate, and you're at an all-star level already.
Top

Can DeJong break out?

I thought this was going to be a photoshopped image of our Paul trapped in a safe that was being lowered into a swimming pool.
Top 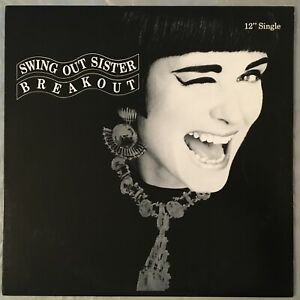