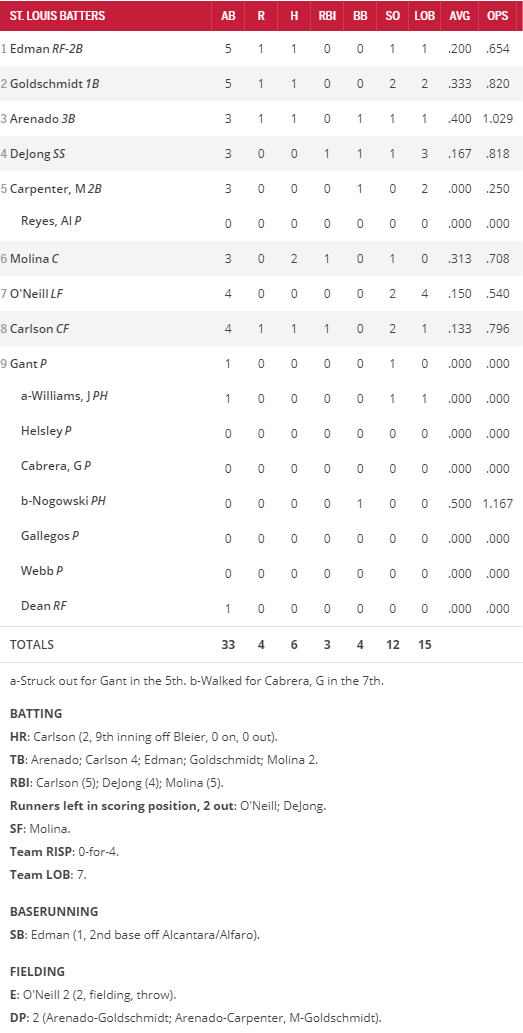 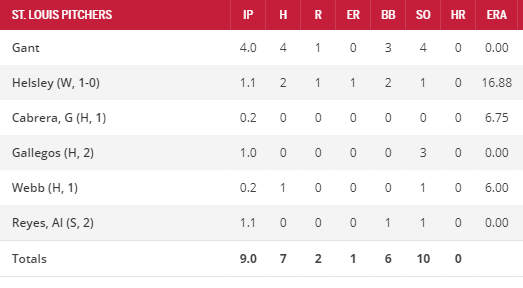 We are a winning baseball team.
Top

Gritty win. Good one for the character.
Top

I hope some wonk somewhere is writing a piece about how bad our OF has been to start the season. I'm not just being a wet blanket, it's got to be historically notable.

Happy to be winning bullpen games before the offense is ticking.
Top

st.lewis11 wrote: ↑
April 6 21, 8:21 pm
Had tuned in just in time to see Carlson's dinger, & then enjoying Edmonds' commentary on the broadcast. Just a big difference between him & Brad Thompson, who annoys me, his talking wears me out.

Edmonds is my favorite of the current analysts; though I think Ankiel is going to do some this season and I will be interested in hearing his comments.

Looking forward to this. I'm reading his book now (after a false start a couple years ago). He's a man who battled his broken brain to peace. I'm wondering if any of that perspective will come out. Maybe it won't and he'll still be good. I hope he's good.

Some color guys just speak in tired tropes and cliches. Edmonds usually has interesting things to say. But tbh, I'm usually playing guitar or hearing Teen Titans via my son while I watch on the iPad. I'll have to find a schedule for Ankiel's nights.
Top

Nice job by Ponce and Gant filling in through 1 start in the rotation.

Alcantara was dominant. Cards did a great job scratching out runs when given their opportunity.
Top
Post Reply
183 posts