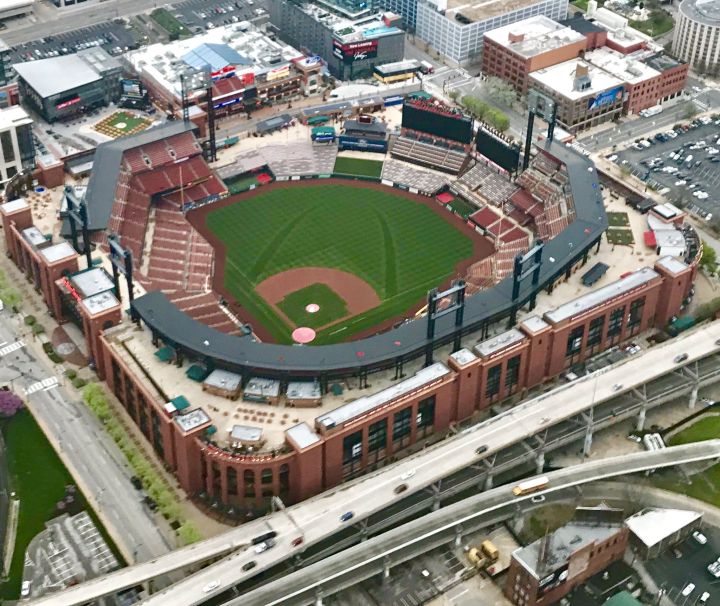 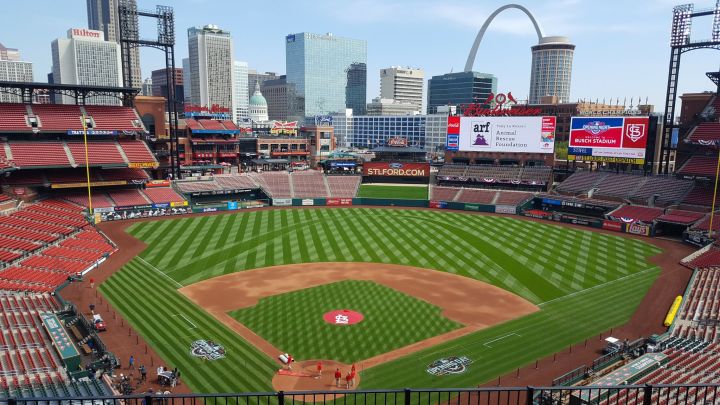 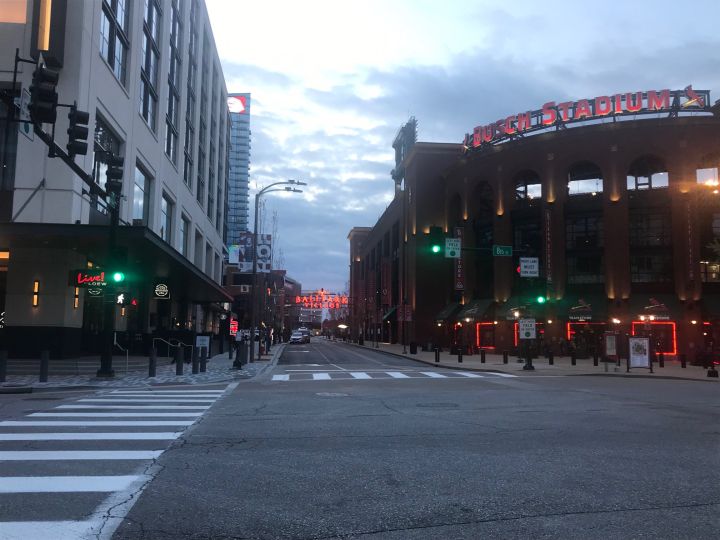 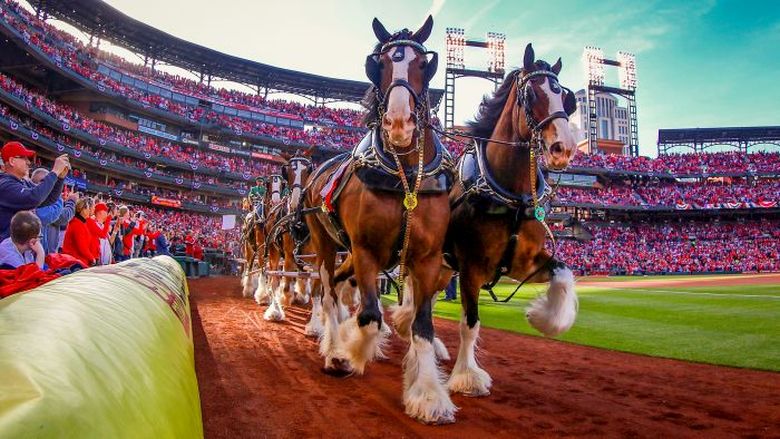 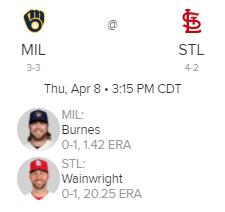 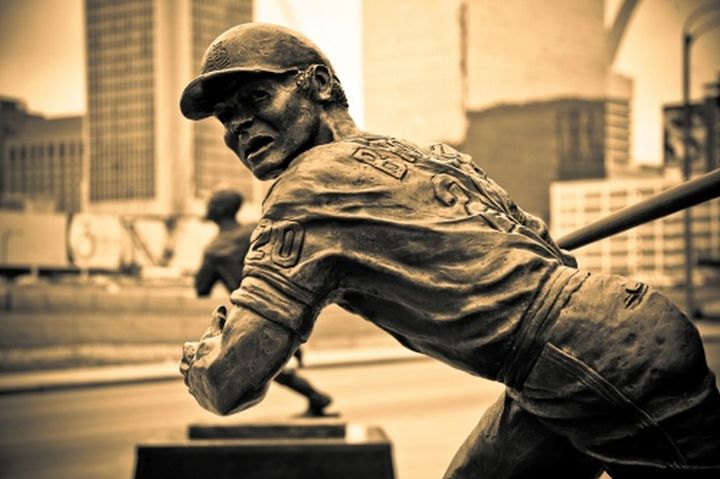 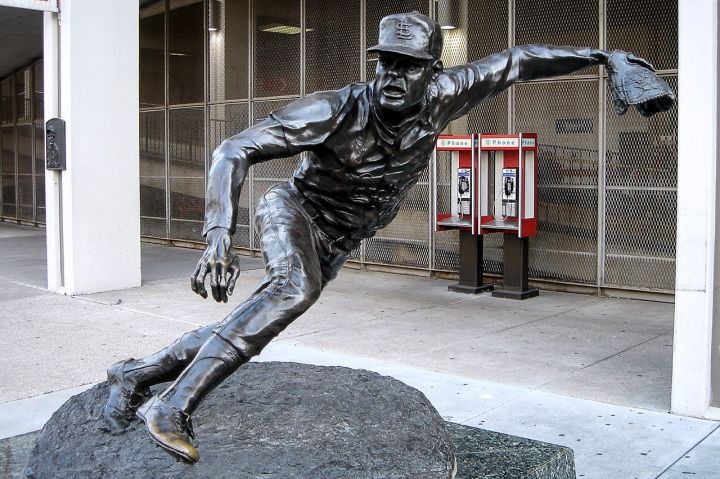 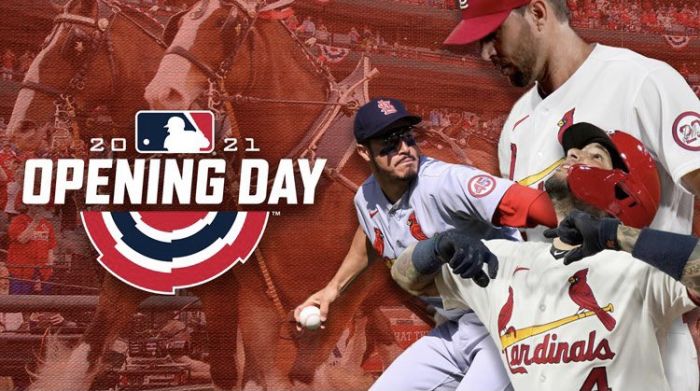 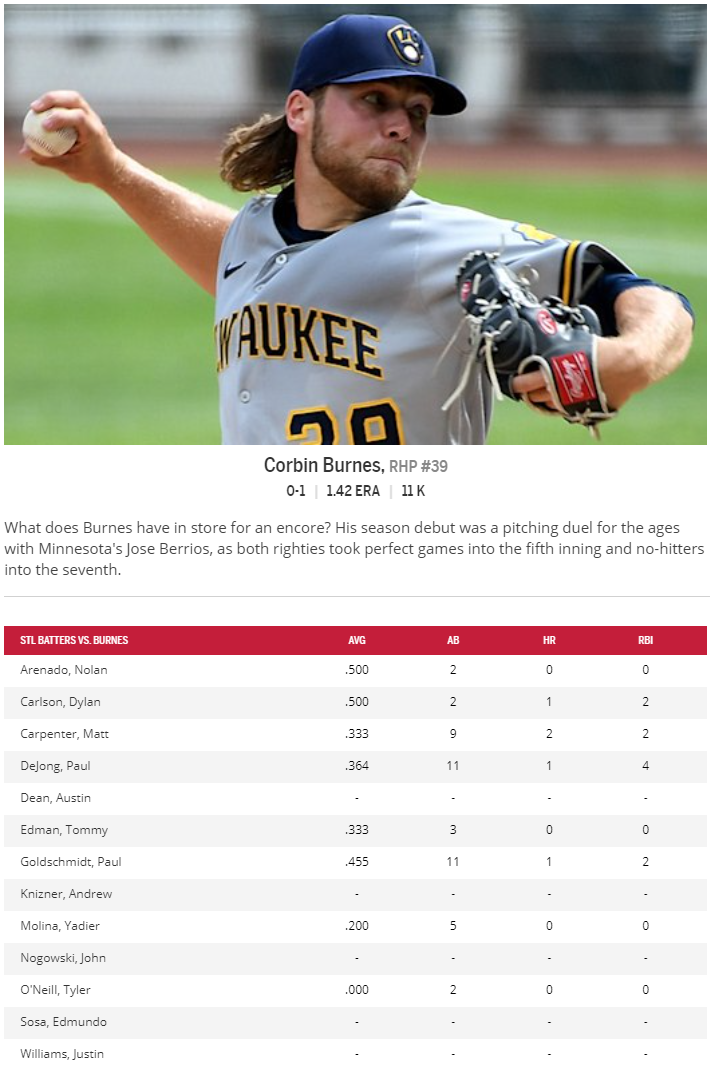 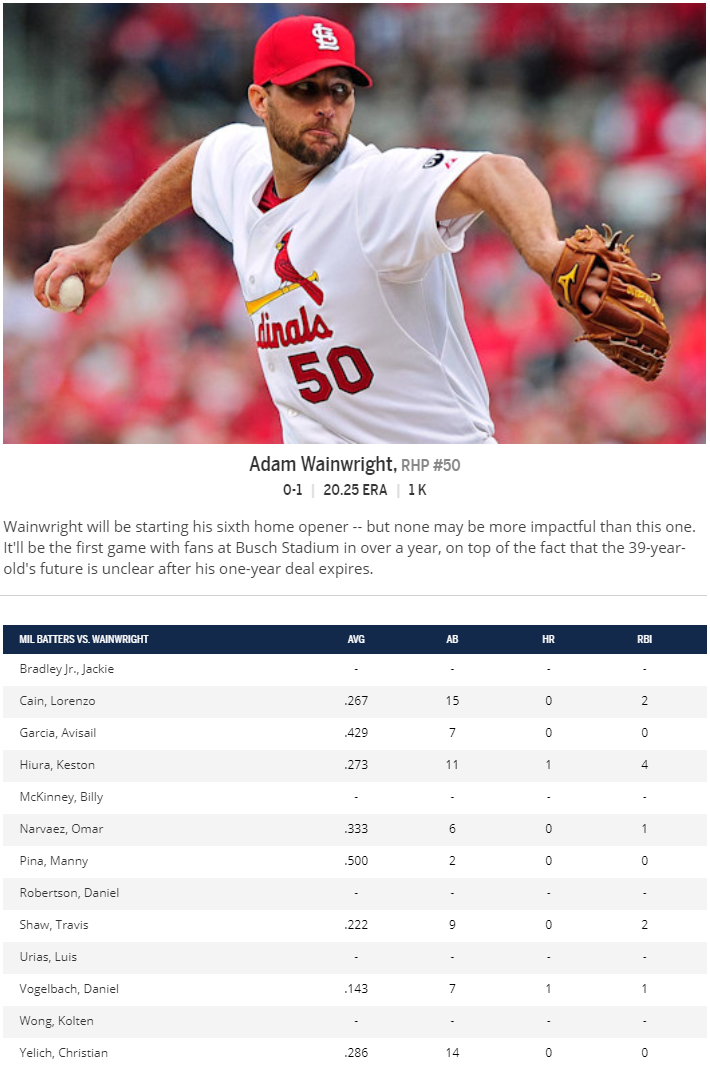 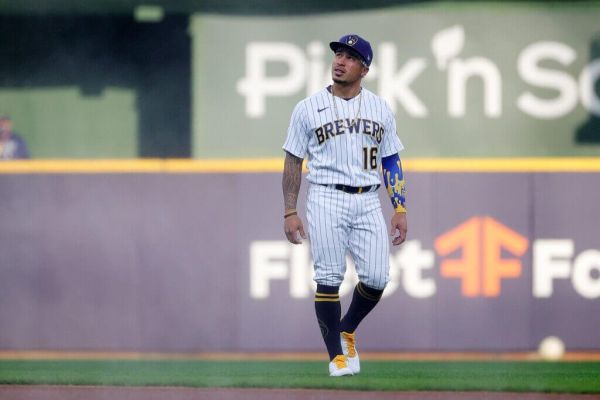 In a surprising move, the Brewers, of all teams, signed Wong to an $18 million, two-year contract with a third-year club option. In adding Wong, they moved Keston Hiura from second base to first base. Brewers president of baseball operations David Stearns hadn’t anticipated Wong being available. Once the 30-year-old hit the market, the prospect of adding the back-to-back Gold Glove Award winner became alluring.

“It started right away, honestly,” Wong said of the Brewers’ interest. “They were one of the first teams to engage with us during the offseason and kept pretty steady dialogue throughout the offseason. Once it came down to contracts, they never backed off. They were excited to have us, they were excited to talk about us and they really wanted me to be there. It was really cool.

“There were probably four to six other teams out there that were talking to us, but no one really to the engagement of the Brewers. It just made sense to go to a team that really respected me, really wanted me to be there, and a place that I really enjoy playing.”

Wong enjoyed playing under Shildt, who also managed Wong in the minor leagues. Wong was comfortable. Soon after he entered the Brewers’ clubhouse, he told Alissa that it was similar to how he felt in St. Louis. Brewers manager Craig Counsell often talks about wanting players to feel like they can be themselves.

The Brewers appreciate Wong in the leadoff spot, a role he grew used to last year in St. Louis, because of his pop, on-base skills, strike zone awareness and ability to make a pitcher work. And, of course, they marvel at his defense. The glove flips. The dives. The stops. The throws. The pizzazz.

The Cardinals and their fans saw all of it for 852 games. On Thursday, they will get a reminder. The only thing that may feel the same this weekend for the Wongs is Kolten’s craving for Mai Lee restaurant’s food. Only Ted Simmons (1,564) and Jim Edmonds (1,105) played more games with the Cardinals before joining the rival Brewers.

Wong, charismatic in front of cameras and candid to those behind them, has always played with a chip on his shoulder. It may have just grown.

“I just think like whenever you kind of get let go from an organization or anything, it kind of leaves that impression in your mind that you know how good you are and they probably thought you weren’t good enough,” he said. “It’s definitely something that’s going to be in the back of my head every single time I go back and give me that little extra motivation to play a little harder and do a little more, but at the end of the day, I know how to compete with the best of them. I know how to play this game with the best of them. And I’m excited just to go out there and show them what they lost.”

To Shildt, those words are understandable.

“He’s a competitor. He’s going to show up and compete,” Shildt said. “Like always, he’ll put his best foot forward and so will we.”

Wong, for the first time in his career, won’t be a part of that motorcade. He’ll be on the opposing line watching the festivities instead of partaking in them. And when he steps to the plate as the Brewers’ leadoff hitter, it’s only fitting the first pitch he’ll see will come from starter Adam Wainwright to catcher Yadier Molina, two of the most impactful teammates he has ever had, two players he has often referred to as older brothers.

“I’ve always been on the back of one of those trucks driving around the stadium, getting a chance to see the fans and say hi,” Wong said. “It’s going to be cool to kind of witness it from a visiting perspective and see how magical that was. When you got on the truck, you knew this was special. You knew no one really did it like this.”

“I enjoyed my time there. The fans were amazing, that city was amazing to me,” Wong said. “It’s going to be fun to get back there and experience it as a visitor. I’m excited to go out and compete. I love those fans, but I hope they hate me at the end of the season.” 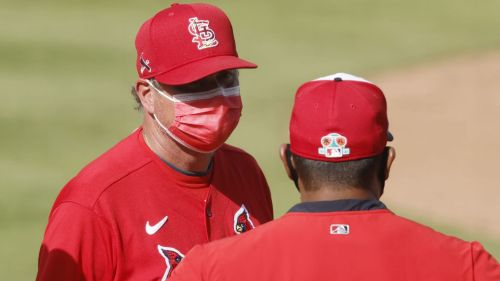 While Cardinals manager Mike Shildt is still working without two of his regular starting pitchers early in the 2021 season, he is considering experimenting with his rotation once they return.

Both Kwang Hyun Kim and Miles Mikolas remain on the injured list. Mikolas hasn’t faced hitters since Feb. 25 after missing the 2020 season following surgery to repair the flexor tendon in his right arm. Kim is still working his way back from back tightness in Spring Training.

The absences have pushed John Gant and Daniel Ponce de Leon into St. Louis' starting rotation, though Kim is nearing a return after throwing 68 pitches in a five-inning simulated game on Tuesday. However, Shildt hasn’t ruled out keeping both Gant and Ponce de Leon in the rotation to help the transition.

“It's hard to say, because I don't know where we'll be with our bullpen at the moment,” Shildt said. “Sixth man's a roster spot, so six-man rotation, you know at that point, you feel like you're still good with eight men in the bullpen, then it's possible.”

Shildt is normally a proponent of the five-man rotation, but with increased caution with pitchers’ rest following the shortened 2020 season, Shildt said he’s looked at spots in the early part of the season where using six starters makes sense.

“We're going to honor the off-days,” Shildt said. “We'll continue to do it throughout the season, and then we'll look at places up until the All-Star break to pick our place to go with a sixth starter to give guys a break.” 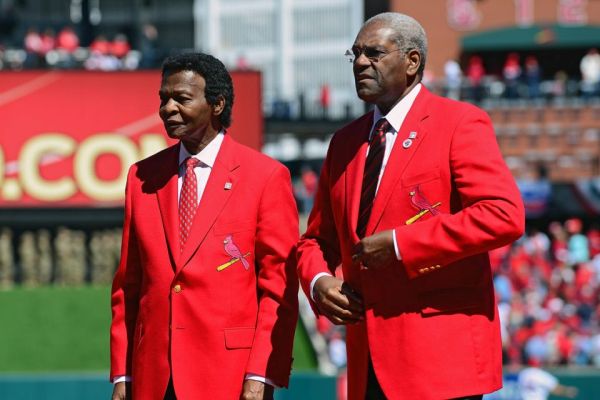 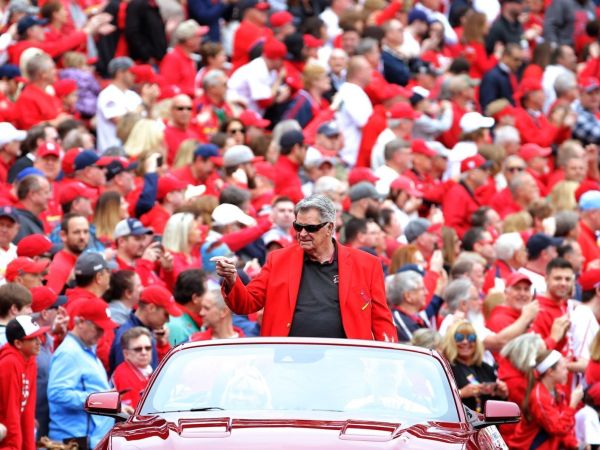 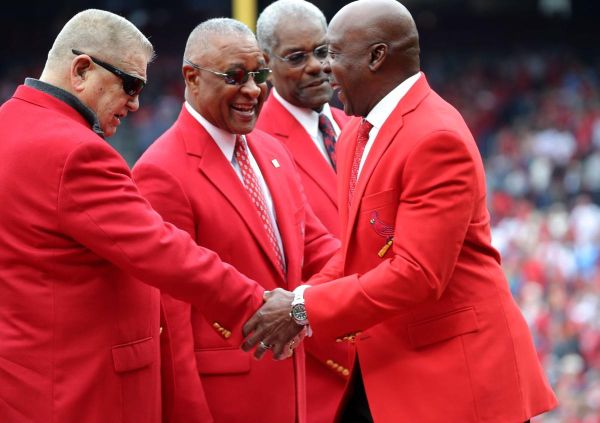 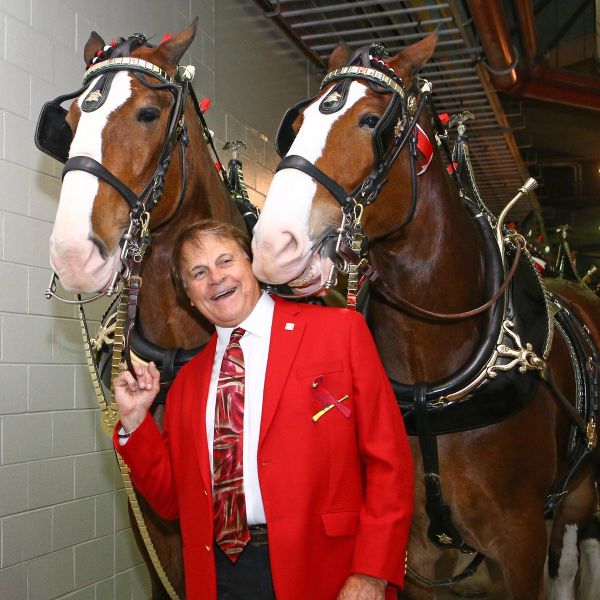 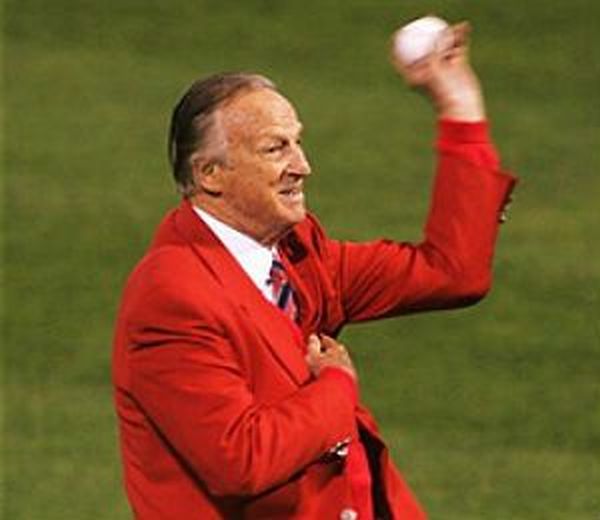 What did us fans do to deserve these dog turd start times? Bally isn't the big player they'd want us to believe they are...
Top