Michael wrote:Agree, except I'll take Usman. That's a tough match to call so I'll go with what I want to happen.

Hahaha opposite. I don't have a pick, so I'm bracing myself for disappointment.

by thrill
What a [expletive] fight. Thank god he finished him.

by Michael
Thank god indeed. What a great card.

Feel like Max peaked so high in the Ortega fight that there's been a slight edge missing since. He's super famous, he lives in Hawaii, he's extremely rich, so it makes sense. But I don't know if he'll ever be able to match someone like Volkanovski's hunger ever again. We'll see.


Cue the most predictable thrill MMA thought ever: Just makes you appreciate Jon Jones' run. After Reyes, he's completed his fourth cycle/generation of cleaning out that division's contenders. He ended the Liddell/Evans/Griffin era, he ran through the Shogun/Machida/Rampage/Belfort/Sonnen era. He ran through the Cormier/Bader/Gustafsson/Teixeria era, and now he's ran through Gus/Smith/Santos and soon, Reyes. He's incredibly unlikable, he's an [expletive], he's a cheater (who got caught), and he doesn't make your jaw drop every time he goes out there, but his longevity is unprecedented. Youngest champ ever, and 9 years later, he has still yet to be pushed beyond "slightly uncomfortable" in a fight, and that's only happened for like 3 whole rounds. It's insane.

by thrill
Best sports pic since Rapinoe with her "are you not entertained" arms pose: 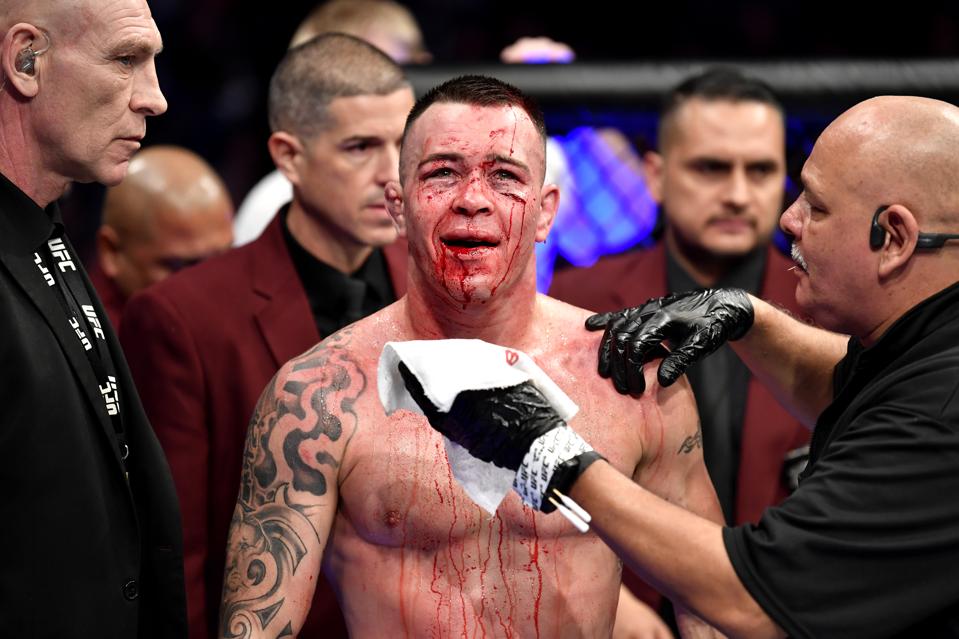 by lukethedrifter
Real question, what’s up with the bloodlust?

by thrill
That's very Colby-specific. He's human trash who practically begged for everything that happened to him in that fight.

by stlouie_lipp
So if Conor McGregor loses tonight will he finally go away?

by thrill
Extremely glad I didn't buy the fight. Awful card and a 40 second main event.

Conor will likely get some undeserved match-ups, but the sport is better with him in it. So I'm glad he won.
All times are UTC-06:00
Page 33 of 38