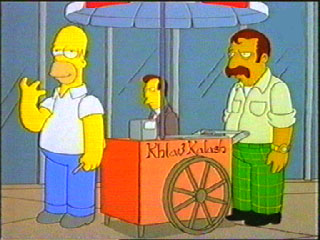 Posted some quotes in the Politics thread, but it sounds like the entire SCOTUS is likely against the NCAA on this Alston case

In the most direct challenge yet to the NCAA's longstanding economic model, high-profile sports labor attorney Jeffrey Kessler filed an antitrust claim Monday in a New Jersey federal court on behalf of a group of college basketball and football players, arguing the association has unlawfully capped player compensation at the value of an athletic scholarship.

"The main objective is to strike down permanently the restrictions that prevent athletes in Division I basketball and the top tier of college football from being fairly compensated for the billions of dollars in revenues that they help generate," Kessler told ESPN. "In no other business -- and college sports is big business -- would it ever be suggested that the people who are providing the essential services work for free. Only in big-time college sports is that line drawn."

The lawsuit names the NCAA and the five largest conferences (the Southeastern, Big Ten, Pacific-12, Atlantic Coast and Big 12) as defendants and effectively asks for an end to NCAA-style amateurism. The players listed as plaintiffs include Clemson defensive back Martin Jenkins, Rutgers basketball player J.J. Moore, UTEP tight end Kevin Perry and Cal tight end Bill Tyndall, though the claim is a class action and proposes to represent all scholarship players in FBS football and Division I basketball. Jenkins is a junior, while the other three are seniors who recently completed their NCAA eligibility.

The move comes on the heels of a similar, if less aggressive, claim filed earlier this month by a Seattle firm on behalf of former West Virginia running back Shawne Alston. In that suit, which does not include current players, the same defendants that Kessler's group is targeting are asked to pay damages for the difference in the value of an athletic scholarship and the full cost of attendance -- an amount equivalent to several thousand dollars annually.

By contrast, the Kessler suit dispenses with the cost-of-attendance argument and does not ask for damages as a group. It simply states that no cap is legal in a free market and asks the judge to issue an injunction against the NCAA ending the practice. It contends that NCAA member universities are acting as a cartel by fixing the prices paid to athletes, who presumably would receive offers well in excess of tuition, room, board and books if not restricted by NCAA rules.

"We're looking to change the system. That's the main goal," Kessler said. "We want the market for players to emerge."

Long overdue for some kind of reform in the way that college athletes are taken advantage of. Generate billions of dollars but try and get a free tattoo in exchange for an autograph and you're penalized and chastised.
Top
Post Reply
56 posts