Because the General Soccer thread is long.

I usually pull for our guys, the Dutch, and the French. Looks like I'm down to one option. This works for me b/c I like a lot of their players, I very much like Griezmann and I loooooove me some Mbappe.

I still get Sports Illustrated in the mail (easy gift for my mom to get me every year) and they do regional covers based on where you live. This is what I got living right in the heart of BUILD THAT WALL country. 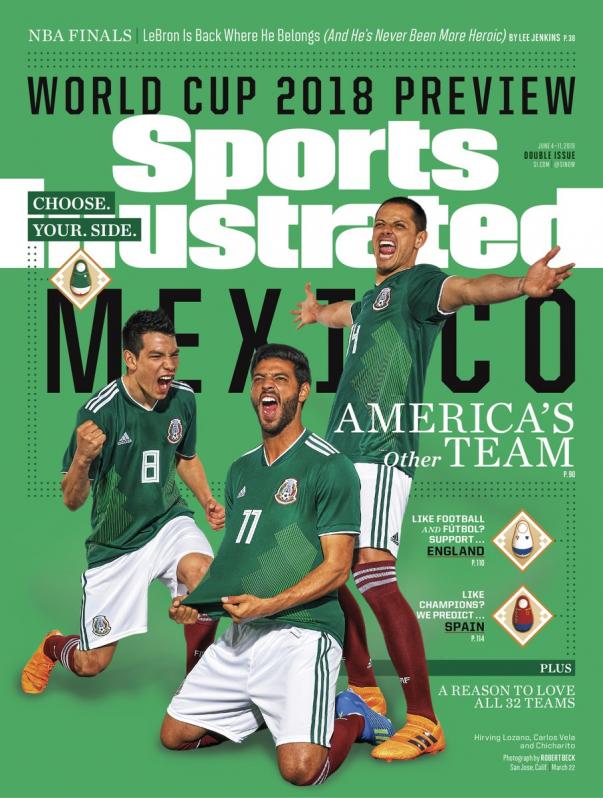 A handy rule of thumb if you want to decide who to root for:

How many teams in this game speak romance languages? If one, root for the other team. If zero or two, root for the team ranked lower.
Top

What do you have against the Romanians?
Top

I will be rooting for Argentina (see my comments re: LeBron and apply here), Mexico (to maximize US Soccer's shame), and when they aren't playing, whichever team has the most black players in a random game ([expletive] Russian racism).
Top

I usually pull for our guys, the Dutch, and the French. Looks like I'm down to one option. This works for me b/c I like a lot of their players, I very much like Griezmann and I loooooove me some Mbappe.

As an Iranian-American, I am rooting for Iran now. But Iran (TM) got REALLY screwed. Playing two teams that could very well win the tournament. Spain seems to reclaiming its 2008-2012 form. And Portugal has been improving since the last World Cup...winning the Euros a couple of years ago. France has a good shot. I like Pogba.
Top

I mentioned not having a clue who to follow in the tournament this year during our team meeting this afternoon and it seems that I'm now on board with Costa Rica as long as they are in it.

My boss is from Costa Rica and has only been in the US about three years. I walked right into that one.
Top

I'm not going to do soccer wrong anymore. I'm finally ready to set aside my silly, petty club fandom and root for the national team like a good American soccer fan is required to do.

So which group did we draw? Favorable?
Top

I can't respond to BottenField without crying a little on the inside.

I'm sure I'll get excited about this in a few days.
Top