"I wasn’t spending 6k on tickets and not winning”

pioneer98 wrote:I'm a grown man I'm not supposed to have these feels

cards2468 wrote: I think the rest of the nation can say "Wow, that's cool that they broke a long drought." but really nobody else will understand what it really was like. Seeing so many great players, great coaches, great teams come through here and never get close. I don't even think this can compare to how a couple of baseball teams broke their "curses". I never felt like we were cursed, and I never heard anybody use that term. Game 6 is how my entire life of being a Blues fan felt like... Strong play, incredibly high effort and will but just a constant barrage of misfortune. It was like no matter how hard we pushed we were just going to be left disappointed.

Yeah, I don't think non-hockey fans, or even casual NHL fans really understand the situation with the Blues over the years. "Cubs of hockey", no way. The Cubs would go decades between playoff appearances. The Blues make the playoffs nearly every single year! 42 of 51 seasons (82%). Always good, sometimes even great, and somehow fall painfully short every year. Lucy always pulling that damn football away.

Add in the insanity of the 80's and early 90's. Team almost moves to Saskatoon. Doesn't even send a representative to the 1983 draft. The whole Scott Stevens / Brendan Shannahan debacle--who else does that happen to? Then the first act of the Wal-Mart family [expletive] St. Louis.

All water under the bridge now. The monkey's off our backs. Feels...nice.
Top
Online

Not to mention the Keenan era of alienating or trading away some of the most beloved players in franchise history.
Top

apparently they closed the hockey bar in my suburb for some Blues people to celebrate.
Edmundson sporting the half shirt lol 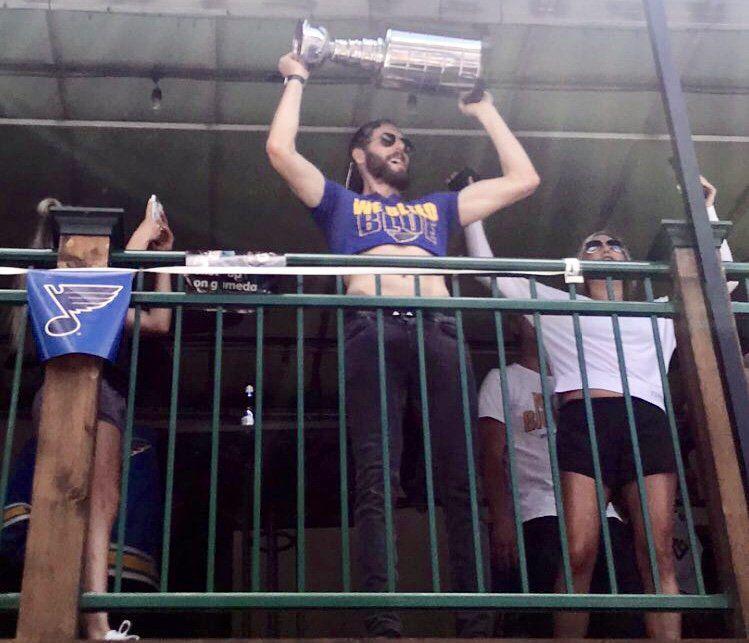 He's one of the guys I'm happiest for. He's gone from 4th line on a non-contending Blues roster (the McSteenbeen line) to a top 6 forward on contending teams, now graciously back to 4th liner on a Cup winner. True professional through it all.
Top

Freed Roger wrote:apparently they closed the hockey bar in my suburb for some Blues people to celebrate.
Edmundson sporting the half shirt lol

He wears it better than Jimmy Ballgame.
Top

Freed Roger wrote:apparently they closed the hockey bar in my suburb for some Blues people to celebrate.
Edmundson sporting the half shirt lol

He wears it better than Jimmy Ballgame.

Who shrunk the Cup?
Top

I think I love this picture. 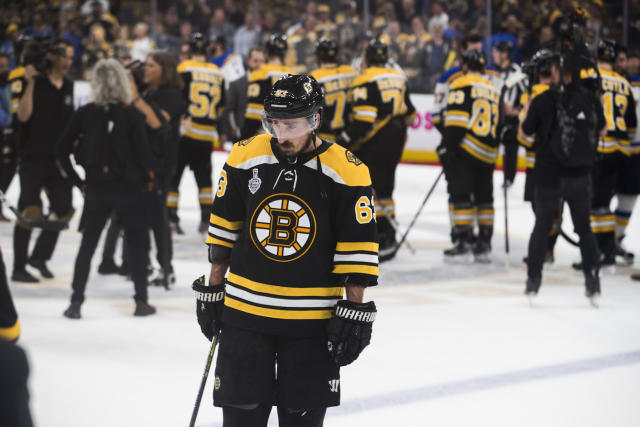