Thompson, who led Georgetown to the 1984 national championship, built the program into a juggernaut, taking the Hoyas to three Final Fours in the 1980s while also winning seven Big East titles and leading the 1988 United States national team to a bronze medal in the Olympics.

"We are heartbroken to share the news of the passing of our father, John Thompson, Jr," the Thompson family said in a statement released by Georgetown. "Our father was an inspiration to many and devoted his life to developing young people not simply on, but most importantly, off the basketball court. He is revered as a historic shepherd of the sport, dedicated to the welfare of his community above all else. 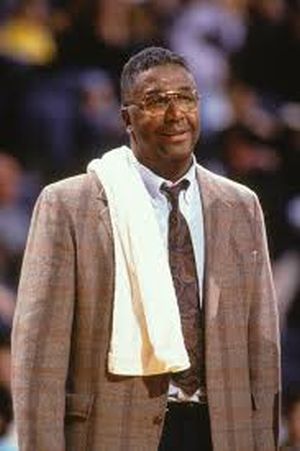 Saw this earlier today. The memories I have of watching my Jim Boeheim-led Orange battle Thompson's Hoyas. So many classic matchups.


The legend of Georgetown’s John Thompson begins with unflinching toughness

Maybe that’s not the most obvious way to start a tribute to Georgetown basketball coach John Thompson, who died at the age of 78 on Monday. Or maybe there is no better example of the power Thompson wielded and the respect he commanded not just inside college basketball, but across society itself.

He was so respected and so trusted that he served as a middle man between the DEA and a drug kingpin, and made everyone come to his office to do it. What other college basketball coach who would even attempt, let alone pull that off? What other person in any walk of life?