I get it and it's fine, but there is not much worse than seeing a Blue that I liked throw on that damn communist sweater.

I mean a Card to the cubs is fine, because I mostly feel sorry for them. I fing hate communists.
Top

The Blues could have squeezed 4.75m this year, but next year would be very difficult.

So you'd have to fill 11 roster spots with roughly 11mil including replacing or resigning the production of O'Reilly, Tarasenko, Barbashev, Acciari, Walker, Scandella and Bortuzzo.

So it basically comes down to either losing Perron now, losing O'Reilly or Kyrou next season, or having very little depth on the defensive side and no way to improve for several years.

When you look at the Blues' prospect pool there are several fowards with potential who can step in. The team already signed Brandon Saad last season who can fill a part of Perron's role. The team still has Tarasenko. Basically there are options internally that can replace Perrons production to some degree.

Now if you look on the defensive side, there's basically no promising prospects. Maybe Perunovich becomes a top pairing defenseman, but I don't think you can bet on him at this point (and even if you did you'd have to move Krug who is 30, has a NTC, and 5 more years at 6.5m. You'd likely have to include assets to move him if you could even get him to waive his NTC).

So i'm really sad that Perron is gone and I hate that he's no longe a Blue, but the hard facts of the cap made his production easier to replace than on the defensive side and it makes sense that the team let him go to focus that money on D.

Now the fact that they used that money and turned around and signed Nick Leddy is a legit question in my mind. Leddy's analytical metrics were downright awful and he was beat in key moments several times in the playoffs.

I like Leddy's game and I think he pairs well with Parayko, but I worry that is going to be the next Scandella contract for the Blues.
Top

What is going on today?!?!
Top

I’m obv just guessing, Johnny Gaudreau seemed destined to go home to NJ, so wonder if they come back into play now for tarasenko/get some cap relief that way?
Top

They had Perron on Karraker and Smallmon this morning. He said he was never even given a formal offer. He sounded pretty hurt. But yeah, when you consider his age, the cap situation and the state of the D depth versus the O depth, it makes sense. It sucks, but I get it. I hate to see him go to Detroit, too. Ugh.
Top

Hopefully he can afford to buy a vowel now.
Top 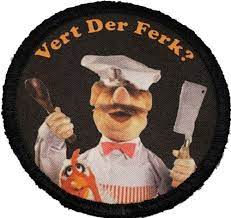