All i have are the personal anecdotes.

My father-in-law is interested in Bloomberg. He probably went Trimp in 2016.

The in-laws side swipe me when we are together. They must think i am on top of things or talking about it all the time. I don't have easy comments at the ready to shout across the room or a dinner table to them.

I don't think my father-in-law is capable of sorting out the info on Blooomberg. He just buys into the ads, and says to me "Bloomberg has done a lot of good things" i sense he is typical Bloomberg voter. I have no idea if he'd vote for someone else over Herr Trimp.

Don't like Bloomberg. If he becomes the nominee it would be like choosing between Coke and Pepsi.
Top

Trump will run ads about everything Bloomberg does or has done, even if it's just like things he's said or done. I don't think you can bury stuff anymore. And Bloomberg is just awful, completely aside from his wealth. I don't see him turning people out.

Then there's the fact that he's donated to a bunch of the Republican Senate members who've been protecting Trump. And this:

Here's what a "low ceiling of support" looks like 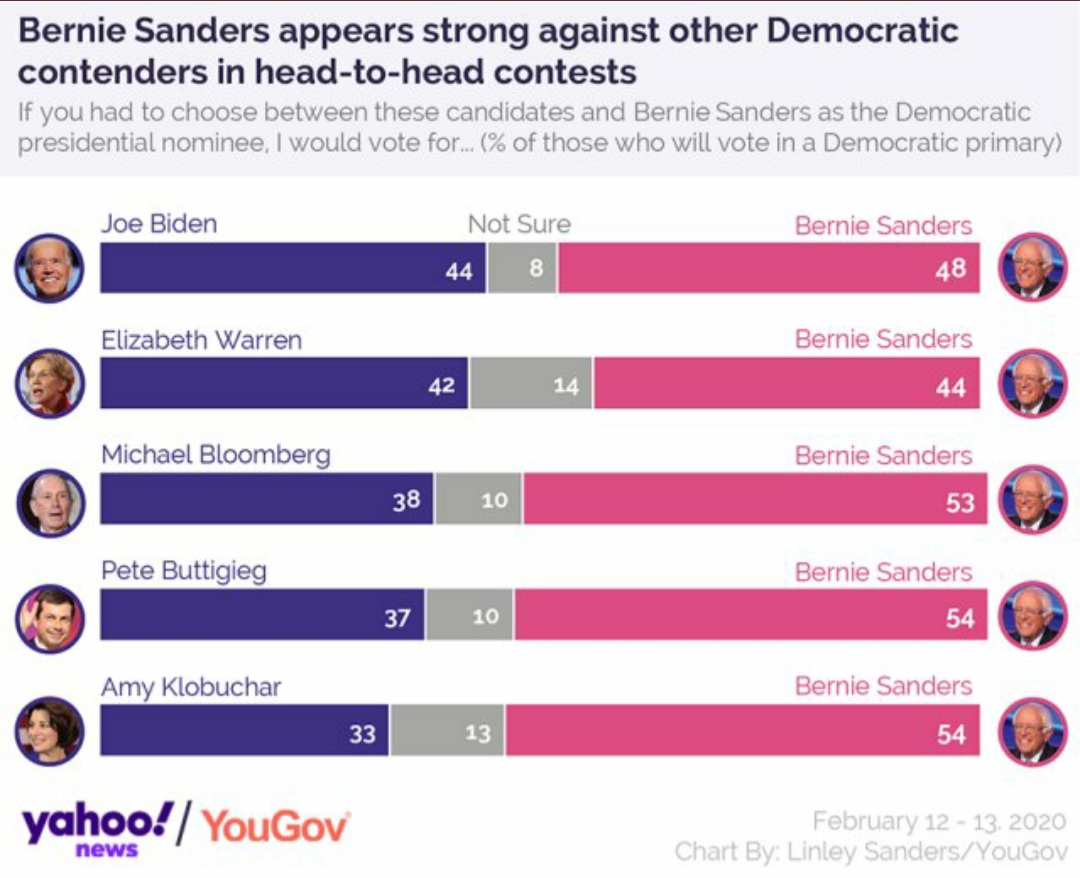 The Bloomberg head to heads are somewhat reassuring to me, though with so many people it doesn’t mean a lot 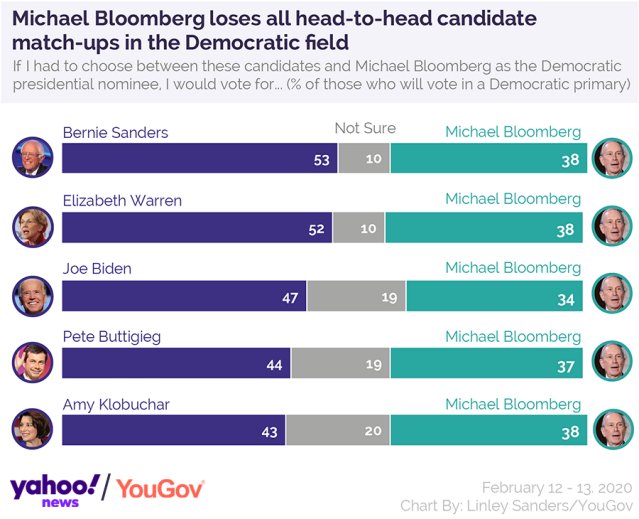