AWvsCBsteeeerike3
"I could totally eat a pig butt, if smoked correctly!"
Posts: 25512
Joined: August 5 08, 11:24 am
Location: Thinking of the Children

Re: The OFFICIAL meat smoking thread

InvincibleCakeEater wrote: ↑
March 22 21, 1:50 pm
Sear the tortillas in the fat you skim from the broth next time. It’s a game changer.

I tried it both ways and don't have pictures of ones that weren't seared in fat, but here are a few pictures of how the fat came to be. The first picture is right at the beginning when everything first went in the pot after smoking the meat for a little bit, the second is at the end and the fat at the top is so deep you can't even see the broth, and the third pic is my first attempt at skimming the fat. I re-skimmed this and ended up with about 16 oz of it. There was a concern fat would be lost in the smoker....and while that may have happened, there was plenty leftover for the broth.

Regardless, not using the fat to sear the tortillas makes a huge difference. And, the ones with fat for searing are so dang rich it really only took one taco to become incredibly sleepy/worthless...so there's that. 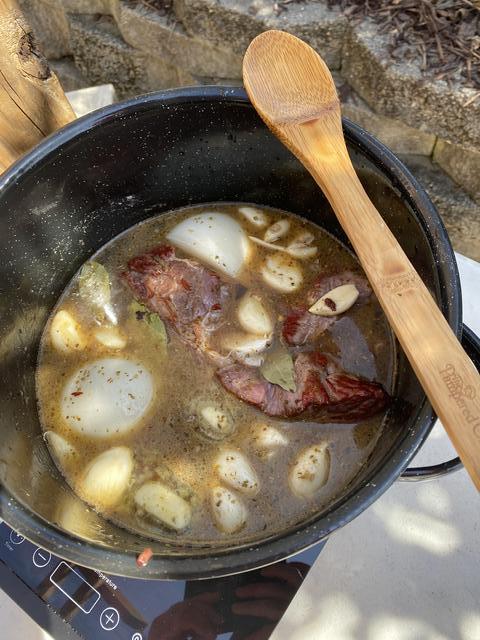 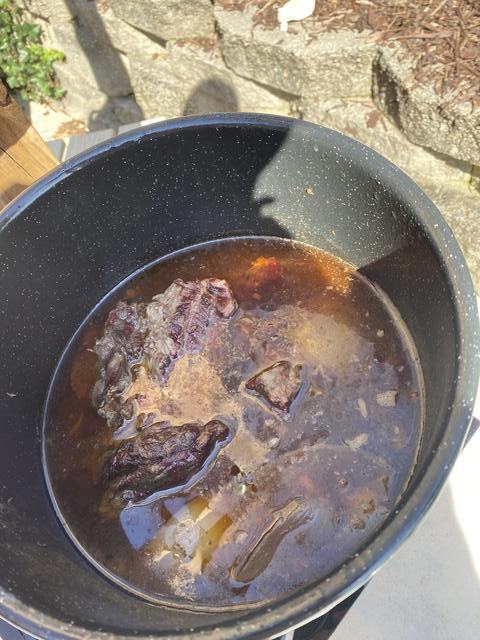 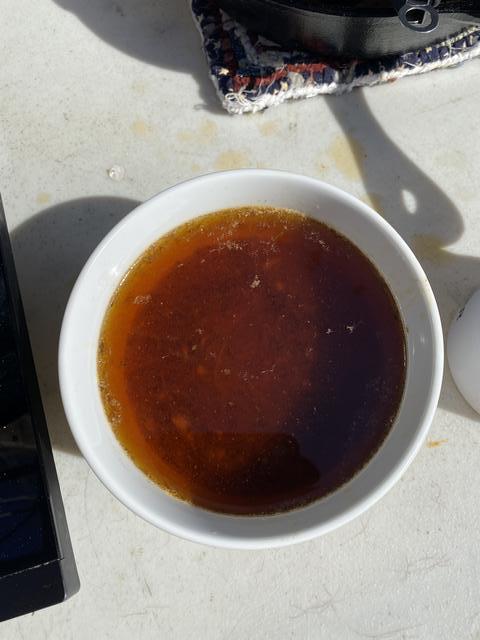