From what I've seen, these are a huge hit. My buddy threw one together in his McMansion-y neighborhood where no one really talks to each other. Started at about 2pm on a Saturday and slowly everyone converged on his house and was completely hammered after a few hours. He shipped in a couple boxes of live crawfish from somewhere. They were walking around the driveway then getting tossed into the boiler as like a game.
Top

what an a-hole
Top

Tim wrote:I have been to many. They’re great. I love crawfish. Suck the heads. (Don’t take it out of context)

I’ll eat, or at least try, almost anything. Sucking the head is not good. It just isn’t. And the boiled potatoes and overboiled corn are just bland.

Crawfish boil as a party concept is awesome- spill the food communally out on a picnic table plus the music and day drinking, [expletive] awesome; the grub itself always underwhelms. Hosted one or two myself.

Gotta throw some hot sausage in there too.

I wasn't sure about the appeal of a crawfish boil until I read about sucking heads and hot sausage. Now I'm intrigued.
Top

None of you losers showed up.
Top

we have a few every year; they're awesome you losers lol

just bought one of these; trying it out in 2 weeks... 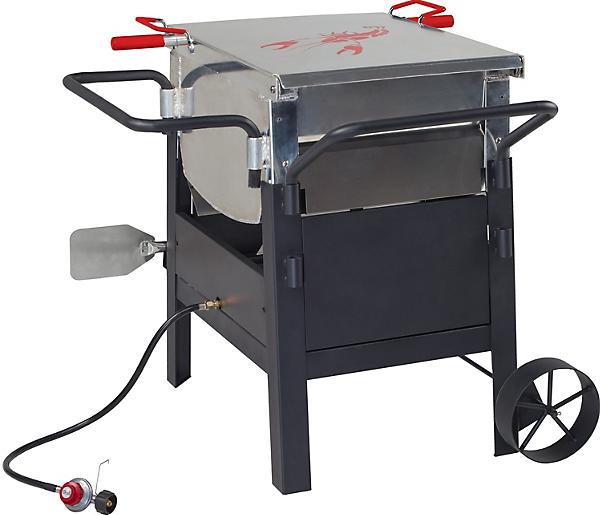 we also do shrimp boil a couple times a year as well (same concept; mushrooms, potatoes, corn, sausage...just swap our shrimp for crawfish), and actually more people show up for that...some people have a weird thing about crawfish.

we also have 3 friends/couples that do the same thing as us, so have crawfish boils at least a dozen or so times a year.
Top

I was there but you pretended like you didn't know me. And called the cops.
Top

For a minute I thought that you might know a couple of friends of mine who moved down to Austin in February or so of 2017 but the dates don't line up. I rarely look at Facebook these days but remembered seeing a picture of 'C' at a crawfish boil in somebody's back yard which his wife had captioned, "Find yourself a man who looks at you like my husband looks at these crawfish!"

Then I looked at the date and the picture was taken on Friday, not Sunday.
Top

AWvsCBsteeeerike3
"I could totally eat a person if it were a life/death situation"
Posts: 24754
Joined: August 5 08, 11:24 am
Location: Thinking of the Children

We did one saturday as well. Boiled 101 lbs of crawfish, about 30 husks of corn (frozen, added after the crawfish boil then soaked for 15 minutes), 30 lbs of red potatoes, and about 20 links of andouille sausage (added with the corn).

Probably 50 people showed up and all that was left was aobut 10 lbs of uneaten crawfish. Good times.

I'm not the biggest fan of the food, but it is really fun to cook.
Top
Post Reply
46 posts