Pandemic - What is keeping you busy?

My golfing was way down this year. Only got maybe 2 rounds of 18 and a half dozen rounds of 9. My short game was also [expletive] thanks to this.
Top

Popeye_Card wrote: ↑
December 11 20, 9:00 am
I still have about 10-20 trees in my woods that need to come down (ash, locust, elm, a small cherry, and a larger walnut), so I made the potentially crazy decision to invest in a full bandsaw mill which should be getting delivered in early January. I figure worst case scenario I'll be able to mill a bunch of boards and turn around and resell it without losing much money. Best case scenario I can haul it back to my parents house where we have a bunch of hickory and oak trees that need to come down too. Now the problem is I don't have a great place to store all of this wood.


You just need a post frame building, industrial wide belt sander and a forklift or maybe a bobcat or a tractor and you're all set.

The nice thing about some of this stuff is that never hits the market used and really holds its value. I rationalized a couple of things like a sawstop and festool domino by making some money with them and also knowing that I can turn them around for 80% of what I paid if I ever felt like it. That's not true for a lot of tools, but I'm guessing a bandsaw mill falls into this category.

Speaking of car flipping, for a different side business I needed to be able to haul stuff so I traded some booze for a trailer from Texas and bought an old F-series Super Duty from a farmer in so Illinois that apparently has a highly sought after engine (the International IDI). I flipped those for more profit than I feel good about and made enough money to purchase a 20' LCF Isuzu/GMC flatbed from California that was apparently getting phased out due to some new emissions laws there. Really long story. It's been a weird year.
Top

Yesterday out paddling the Mississippi on a 60 degree December day. Made a little beach fire listened to tunes drank a couple beers. Never seen the river so calm. My version of a spa day. 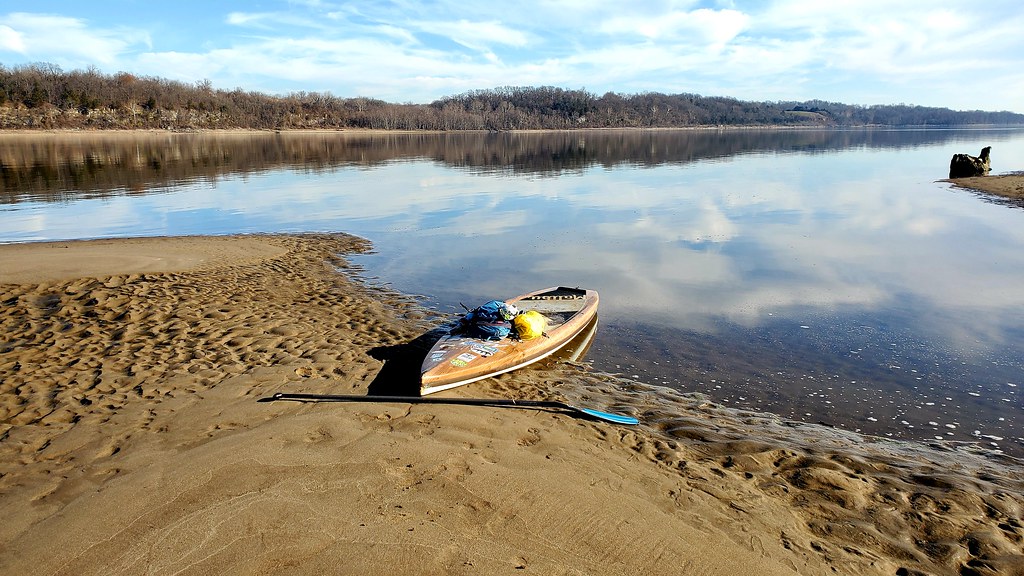 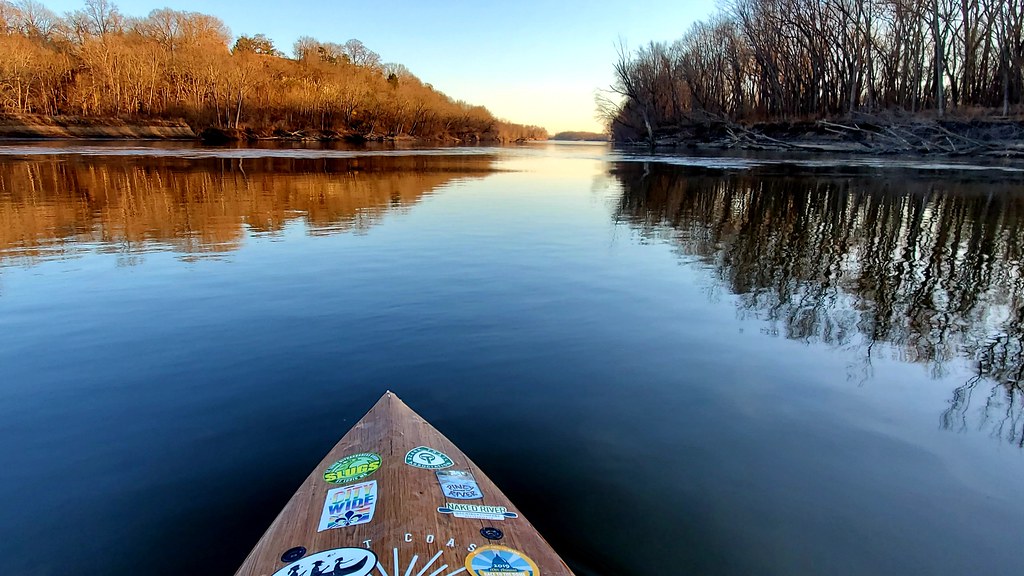 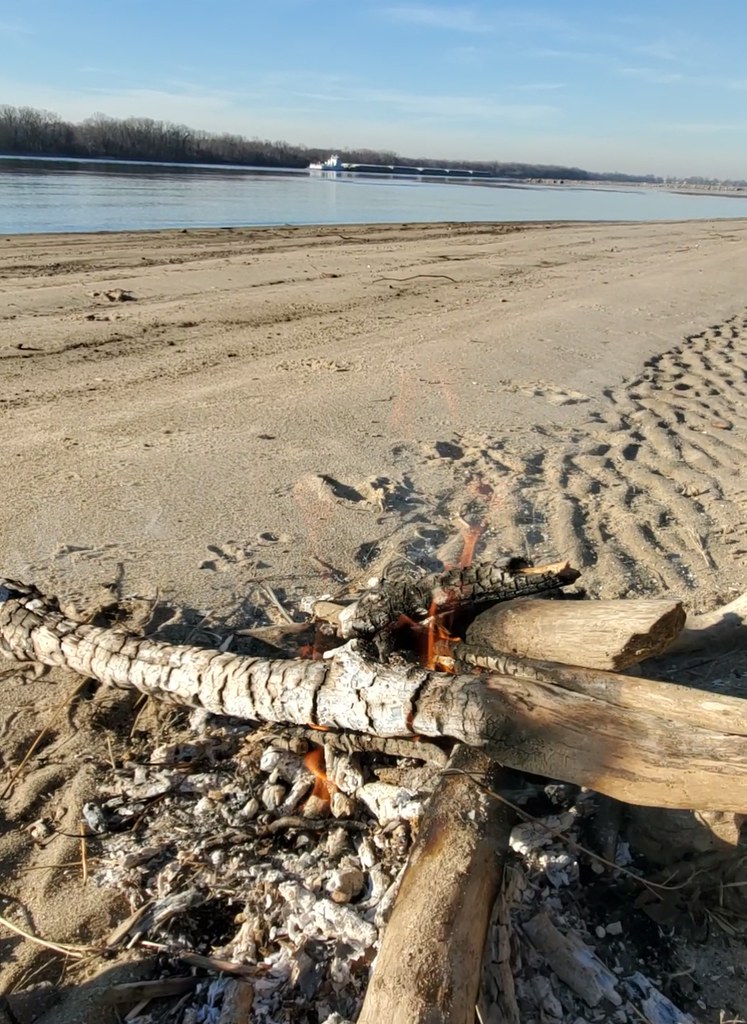 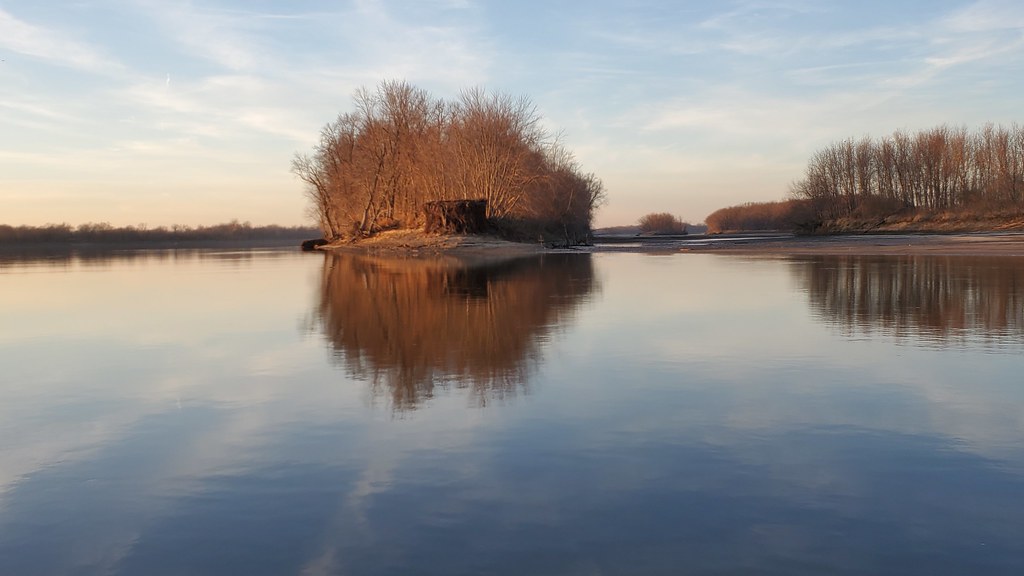 Golf seems like a fairly safe thing to do right now.
Top

My wife got me a record player and a couple records for Christmas. I liked them more than I thought I would. Three days later I was in Goodwill looking around for something else, and I saw this old Magnavox cabinet stereo for only $15.88. I could not pass it up. My best guess is it's from sometime between 1975 and 1980. While I was still in the store, I plugged it in and the receiver turned on and the AM/FM radio worked fine. The record player looked in OK shape but the knob was wallowed out and it would just spin and not actually turn on. So I thought I'd see if I could restore it. The problems with the record changer were:
- It did not have a needle. I found a replacement needle on Amazon for $11.
- The knob being wallowed out was due to the stem that it goes in being seized with the metal collar around it. I have not been able to figure out how to get it un-seized. The on/off knob is not just an electrical switch. It actually turns some levers and mechanisms to activate the different functions. I loosened the nut under that knob, and that allows me to manually turn the levers. I can get the record player to play when I turn it on this way.
- So the record player would turn on, but the auto changer was still not working right. It would go through all the right motions, but then after it dropped the needle, it would play for a few seconds, and then pull it back off and go searching for the next record in the stack. I cleaned out a bunch of old dried out grease and added new lubricant. I got some advice from some online forums and I played around with it a lot so I understood how it worked. Eventually I understood it enough and I got it working right.

The only problem left is that seized stem for the on/off knob. It's in the last picture. I've already doused it with WD-40 and that didn't get the job done. I can't bang on it too hard because there are so many fragile parts around it. Suggestions for how to get this collar loose? 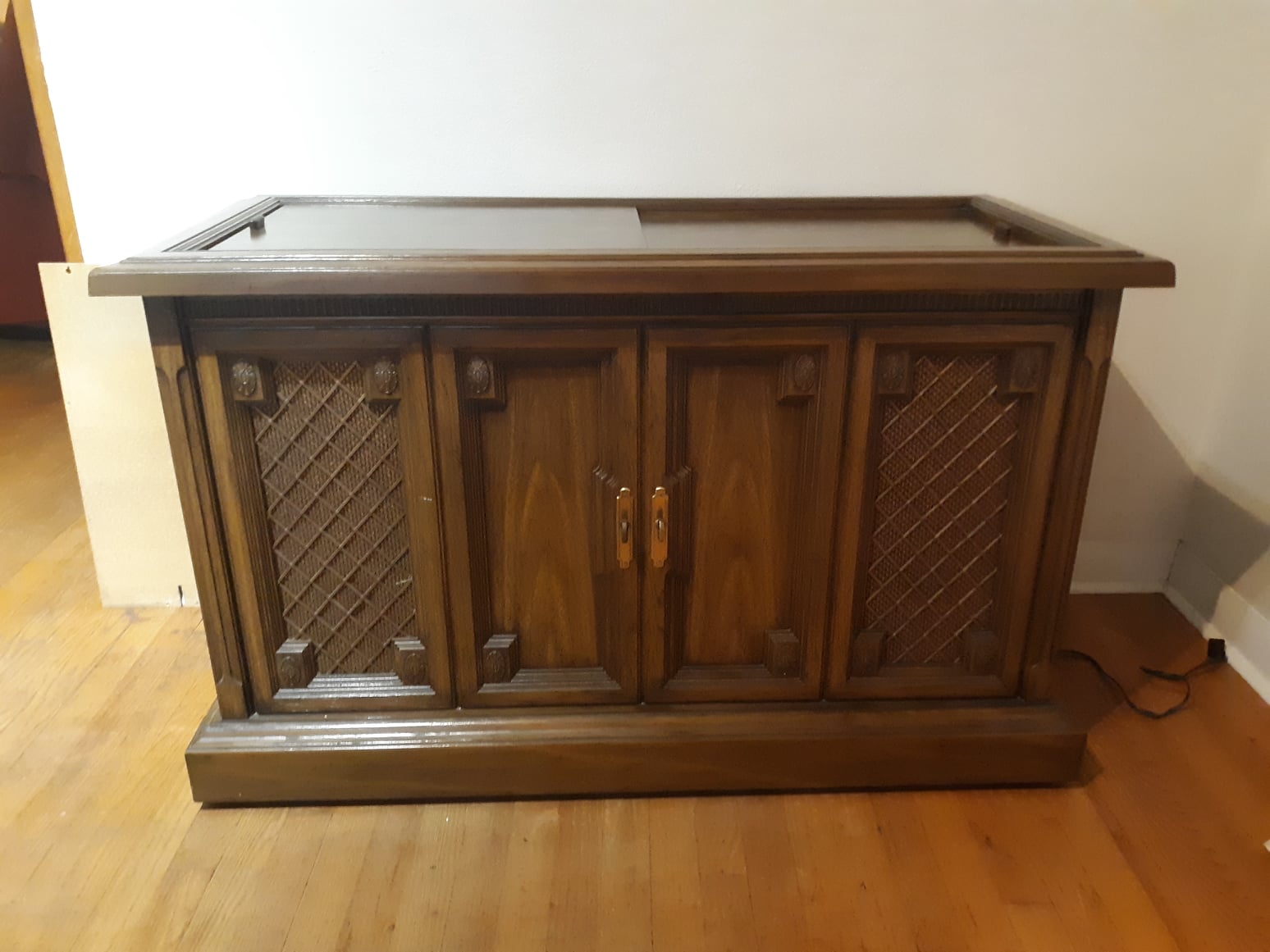 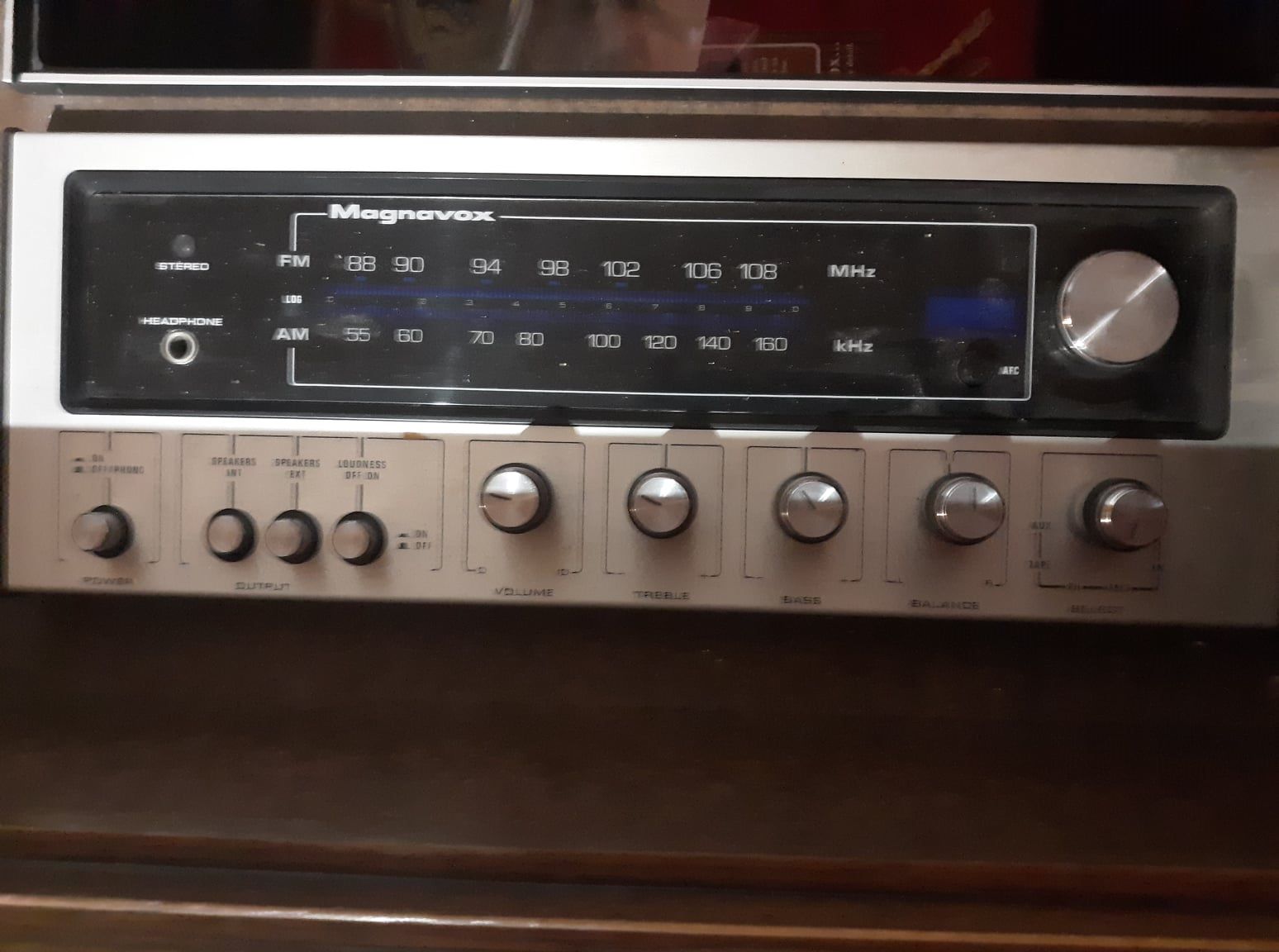 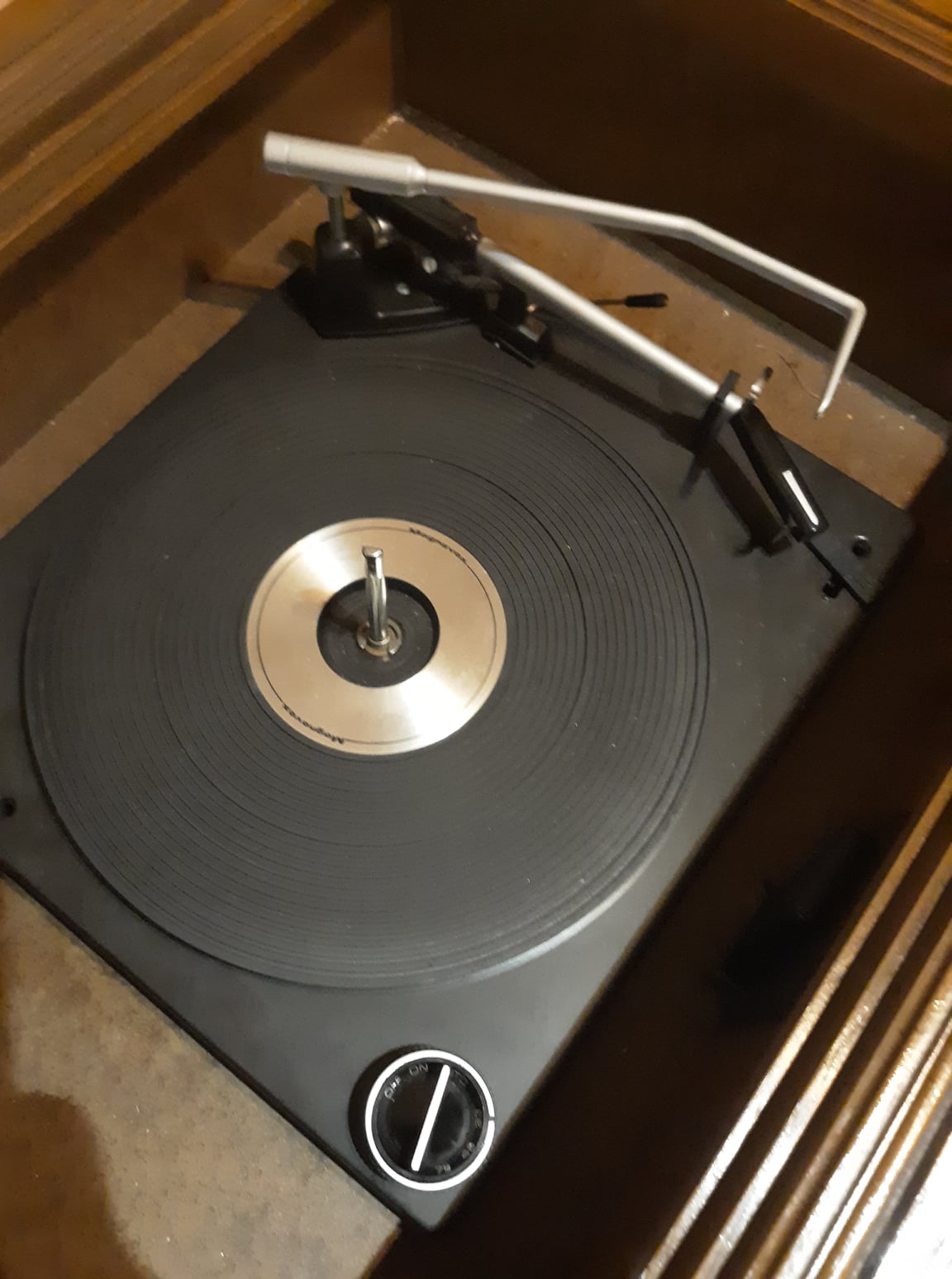 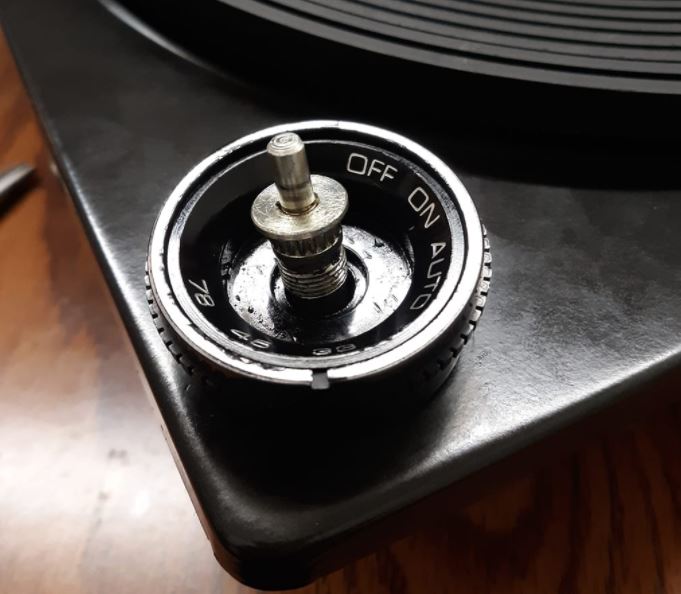 I feel like that's the exact cabinet set my parents had when I was a kid, Pioneer. My favorite records were both 7" singles - Neil Diamond's "We're Coming to America" and Quiet Riot's "Come On Feel The Noize." There's little wonder how I became a weird kid.
Top

heyzeus wrote: ↑
January 4 21, 9:34 am
I feel like that's the exact cabinet set my parents had when I was a kid, Pioneer. My favorite records were both 7" singles - Neil Diamond's "We're Coming to America" and Quiet Riot's "Come On Feel The Noize." There's little wonder how I became a weird kid.

Looks like the one in our house too. My parents were also big Neil Diamond fans, not so much Quiet Riot.
Top