Joe Shlabotnik wrote:Sitting on the tarmac at Reagan airport in an American Eagle piece of [expletive] aircraft for the last half hour. Waiting to take off for Bangor Maine with Susan Collins 4 rows in front of me (and not in first class). Baby screams behind me.

Just found out all departures are on hold because Donald [expletive] Trump is coming into the air space somewhere.

What's the point? Damned if I know.

I thought he was in Japan or something?

Yeah more than one of us looked that up. Must have been pence instead.
Top

All the extra work I have to put in before going on Vacation is almost not worth it.
Top

I made the mistake of looking at Facebook Saturday morning and saw a post from somebody I know from the bar. His post said something about being told by a neighbor of his that straight men are not welcome at Pride over the weekend. Really? That's news to me. I used to go every year with friends who are part of the LGBTQ community and never felt unwelcome from anybody there.

Then I realized that this is one of those guys who I constantly snooze every 30 days or so because of the things he likes on FB. He's all in on the Second Amendment and will like or share ANY meme or story related to it. It's the same to some degree with immigration but 99% of the reason he's a Trump supporter is because GUNZ!!!!!

It isn't that straight men aren't welcome at Pride, his neighbor should have been more specific and told him that HE wasn't welcome at Pride. When you constantly make your support for Trump known, don't be surprised when certain groups (immigrant, LGBTQ, actual scientists) don't feel comfortable with you at their party.
Top

I was just talking about youth baseball with a friend at work who's 8 year old son doesn't want to play anymore because of the way the team is being ran. That made me think back to my days playing in the Ferguson Athletic Association and then the Florissant Area Athletic Association. I had two great coaches between the two organizations who prepared me very well for my high school career.

But that's not really the story that I wanted to share here. That also made me remember my sophomore year of HS where that summer our manager pulled off something amazing (at least to us 16 year old boys at the time). Hooters was trying to open a restaurant in Florissant but the city would not let them. They didn't want an establishment like Hooters in their pure little city.

Our coach, being the brilliant man that he was, took that as the perfect chance to get us a sponsor and free jerseys to wear instead of our league provided t-shirts. He reached out to Hooters, suggested a little 'protest' and they jumped on the chance to sponsor a team that played in the city that wouldn't let them open a location.

For a group of 16 year old boys, these were the most amazing jersey's ever. And now there is a Hooters in Florissant. I'd like to think we had something to do with that. 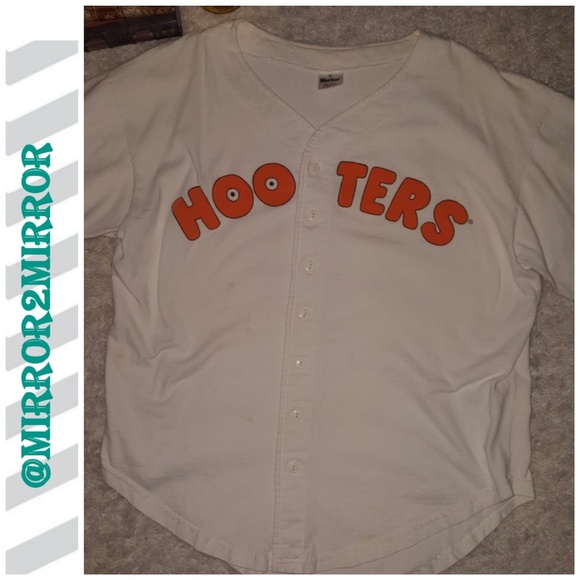 Pics if you did.
Top

Just got done with a phone interview. It was fine but I feel weird. Not setting myself up for disappointment but it's just that randomness of interpretation, what do they want to hear.
Top

Jocephus wrote:Just got done with a phone interview. It was fine but I feel weird. Not setting myself up for disappointment but it's just that randomness of interpretation, what do they want to hear.

Jocephus wrote:I live in Wichita and the job is in grand junction Colorado