I just went five pages back and couldn't find a thread, so let's discuss what books are tickling our fancy at the moment.

I just read both novels by Becky Chambers, a new sci-fi author. Her novels are about people who like each other and a largely benevolent universe, which is really strange. And if you're a person who's annoyed by new gender terms like xe and xyr, it might not be for you. But it's lovely, and the ending of the second book - "A Closed And Common Orbit" - is kinda wonderful. So, worth checking out I reckon.

I'd quite like a decent book on Alexander The Great next, but nothing I've seen seems terribly interesting.
Top

I just found the first two books of the Wayfarer series available as ebooks from the Library so I checked the first one out and downloaded it to read after I finish the book I'm about halfway through with now.

I was hoping to read the third book in Harry Turtledoves "The Hot War" series but it isn't due out until sometime later this year.

Right now I'm reading United States of Japan which is an alternate history imagining that Japan gained the atomic bomb before the US and used the heck out of them to win the war and take over the US.

I've been on an alternate history bender obviously. Really want to find another good sci-fi series to get into but I'm getting annoyed with really enjoying a book or two and then finding out that I either can't find the rest as ebooks or I have to keep waiting forever for the next one to come out all the time.
Top

I take it you've read "The Plot Against America"? I really enjoyed that one, never read any of his other stuff but it was a cracker of a novel.
Top

I actually have not but that is the book I was looking for when I got started on this path a few weeks ago. I had it at the top of my list but I can't find it available from the St. Louis Public Library as an ebook. Maybe when I go renew my library card in a couple of weeks I'll check and see if they have a physical copy of it still available. I've been sticking to ebooks for awhile now just because I can download a bunch to my tablet and take them everywhere with me. As of right now "The Plot Against America" is available only at the Central Library downtown and some other branch that isn't convenient to me at all.

I used to buy ebooks all the time but recently I can't bring myself to pay for them either. They are way too expensive in my mind. I'll continue to just check them out from the library. Every so often I do pay for one though. A couple of months ago I sucked it up and paid for Alas Babylon by Pat Frank. I have read the book a few times and worn out my original paperback and finally bought the ebook and read it again. The next one I finally decide to pay for will be On the Beach by Nevil Schute. Those are probably my two favorite books of all time.
Top

Just finished The Hike by Drew Magary. It's light and whimsical and I wouldn't steer anyone away from it, but if you're looking for something in the fantasy/adventure realm, Sirens of Titan by Kurt Vonnegut is a much better example of a modernist take on The Odyssey.

Now I'm reading Girl With Curious Hair by David Foster Wallace. It's the last significant work by DFW that I haven't read yet, which makes it a bittersweet read for me. He was so [expletive] good.
Top

I feel kind of the same way about Arthur C Clarke and Asimov. I have read everything I can get my hands on by those two and when I finally ran out I was actually sad and still to this day will check for something that I might have missed before.
Top

Just read this book about 50 times. A real page turner in the Wart household. 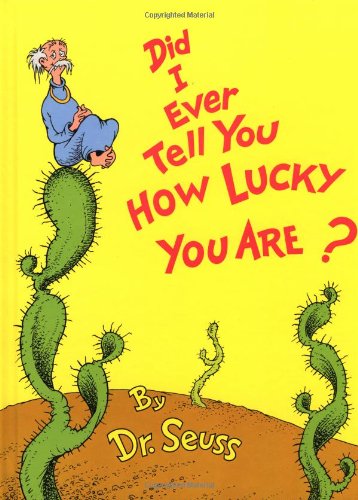 They have a phone app (are you one of the flip-phone people? I can't remember) where you can put a hold on any book (that the library has) for any location, and they'll email you to let you know when it's arrived. Saves you having to mess about, and I just had an interview at Central library, so you could always pop in and say hello, provided they hire me of course.
Top

I haven't looked for a phone app but I'll probably download it soon. I just pull up the website on my laptop, tablet or phone and check out ebooks generally. I will eventually put a hold on that book once I get through the stuff I've already downloaded most likely. I added it to my Later shelf for the next time I'm after something to read.
Top

My New Year's Resolution this year was to read a book. I still have 8 months left.
Top
Post Reply
93 posts