In an announcement message that month, “Bennet” encouraged members to get involved in local politics. “Today I decided to get involved with my county’s Republican party,” he said, adding, “The GOP is essentially the White man’s party at this point (it gets Whiter every election cycle), so it makes far more sense for us to subvert it than to create our own party...if you’re unable to do activism for various reasons, I’d like to encourage you to join your local Republican party. Present as a Trump supporter/nationalist. No need to broadcast your radical views.”

The logs also show members being encouraged to infiltrate college groups to “convert” their conservative members, as they say. One member from Delaware said they were an “officer” of their college GOP group, an elected leadership position within the organization, and that they were making rules for their chapter “based on the IE guidelines.” In an earlier conversation, the same person said: “It’s easy to infiltrate low level GOP stuff if you just show up.”

Breitbart (I believe) did a piece of the group a year or two back. They only had like 90 members at the time. Seems like they're LARPing. Showing up places holding signs.
Top 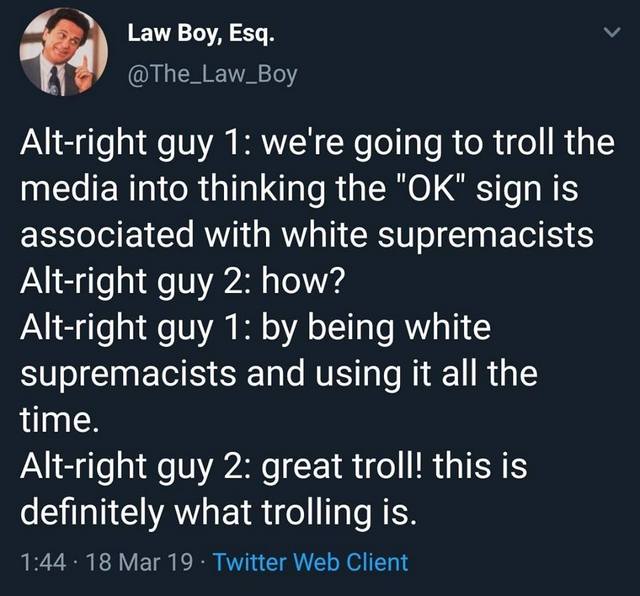 oh man, maga's gonna be in one of these groups now ain't he...comparing it to larping, jeez
Top
Post Reply
5 posts • Page 1 of 1