Arozarena put up a .344/.431/.571 batting line with 15 home runs and 17 stolen bases over 92 games this season in the minors and also had a couple of hits in a short stay with the Cardinals earlier this month. But he probably isn't going to get much playing time down the stretch with Marcell Ozuna, Harrison Bader, Dexter Fowler, Jose Martinez, and Tyler O'Neill all healthy and filling active roster spots.
Sep 3, 2019, 4:05 PM ET

heyzeus wrote:I think he's on the team to break camp in 2020.

He won't be on the major league roster before June 2020 unless a piano falls on a couple of people. 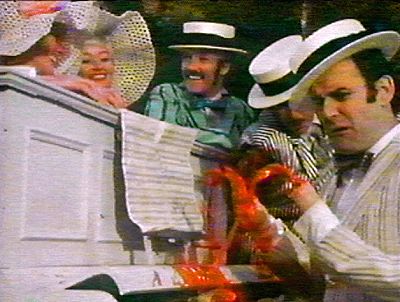 All hands on deck here as St. Louis’ last 16 games are against teams currently in the playoff mix. Junior Fernandez (12th on the Cardinals list) may be huge down the stretch, if he can throw strikes. Upper-90s heat, a dastardly changeup that sometimes has 15-mph separation from his fastball, and a hard-cutting slider comprise a good relief repertoire.

Sosa (14th-ranked prospect) instantly becomes the best infield defender on the roster not named Kolten Wong. He projects as a utility man whose physical tools (55 bat, 45 power, 50 run and throw, plus defensive hands and actions) are undermined by a feckless approach at the plate (between 3%-6% walk rate at every level since 2016).

It’s hard to see a path to September playing time for Knizner, who we still very much like as a prospect due to his ability to pass at catcher and make a lot of contact. He’s currently ranked third among prospects in the system, and he’ll be in the high 45/soft 50 FV mix for Kiley and I this offseason.

Ravelo will be a competent, right-handed bench bat who might be a superior situational option to other, more strikeout-prone bench bats like Tyler O’Neill, if the game state wants a ball in play.

Cabrera (ranked 10th) has been starting at Triple-A for the last six weeks, and he could act as a long relief option who enables St. Louis to turn the tables on opponents whose starting lineups rely heavily on platoon advantage against the Cardinals’ all-righty rotation. Ponce de Leon and Mayers are long/mop-up options. Hudson is on his third organization in as many years as a depth catcher of repute.